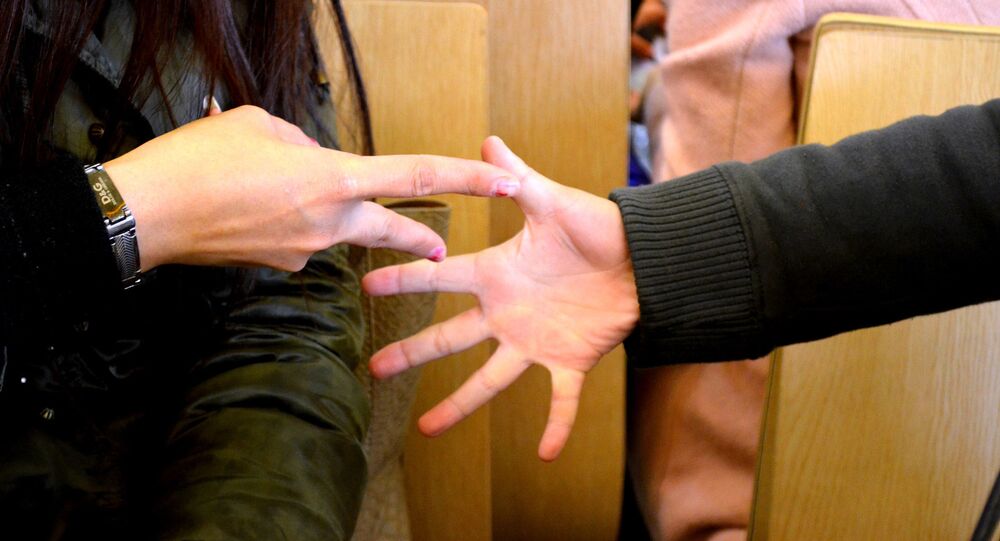 New Delhi (Sputnik): The global governing body for cricket -- International Cricket Council (ICC) -- makes it a point to keep blowing the pressure off with some humour on Twitter. From sharing memes to re-tweeting funny cricket posts from random people, the ICC seems to ensure a point to keep the laughter quotient switched on.

In a lightheared manner, the ICC's official Twitter account on Wednesday proposed the use of the popular game “rock, paper, scissors” instead of special Super Overs – an extra series of seven balls – to decide the final outcome of a match if it ends in a tie.

“Rock Paper Scissors” is a two-person game where each competes with hand gestures depicting the elements of the game. According to the rules of the game, rock crushes scissors, scissors cut paper, and paper captures rock.

The humour-wagon wheeled in after New Zealand all-rounder Jimmy Neesham posted a still of himself and India’s wicketkeeper-batsman K.L. Rahul, engaged in an on-field discussion with an umpire.

​ICC, which has almost 10 million followers, re-tweeted Neesham’s post with an eye-catching caption topped with a twist of fun.

Perhaps we do this instead of super overs? 🤷‍♂️ https://t.co/yoMn9ZKuR2

​Netizens were quick to honour the humour on ICC’s page with hilarious comments, GIFs and memes.

Way better Idea than doing boundary counts ( P.S. I know that the laws are now changed. Don't flood the comments reminding me that 😄 ) pic.twitter.com/b2AwD7IA7u