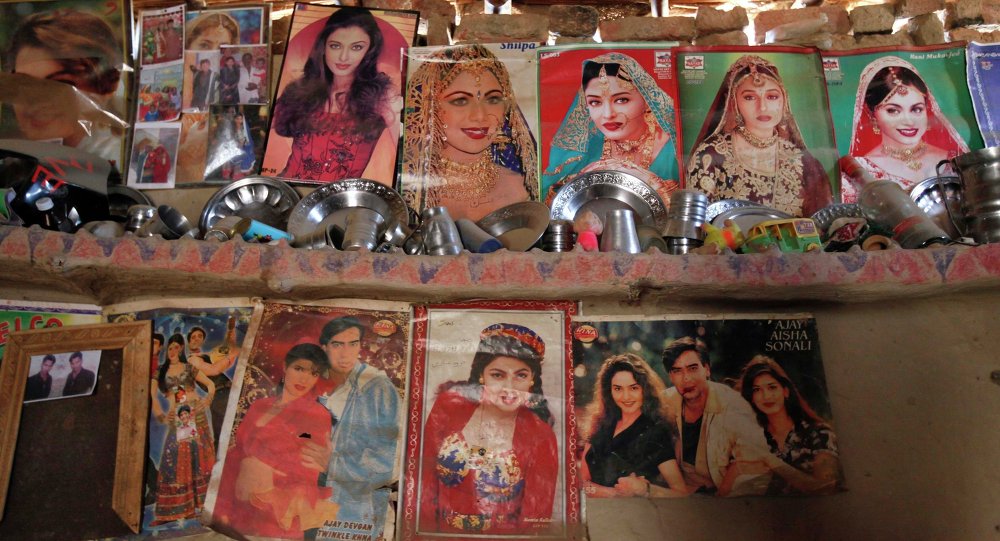 New Delhi (Sputnik): Bollywood superstar Shah Rukh Khan’s antagonist roles during the start of his career in the 1990s truly paved his way forward. From playing a character who murders his girlfriend in “Baazigar”, stalker/obsessed lovers in “Daar” and “Anjam” or his impeccable portrayal in “Don”, initially gave his fans nightmares.

Move ahead to the present and one can see actor Ranveer Singh winning awards and appreciation for his portrayal of the cruelest yet powerful ruler of the Khalji Dynasty Alauddin Khilji in “Padmavaat”, Sanjay Dutt receiving accolades for re-enacting the role of the very hated Kaancha Cheena in the remake of “Agneepath” or the famous “Dhoom” franchise where the role of villain is looked forward to more than the lead role of the hero. It would be wrong to say that lead roles are restricted for only positive characters.

So is bad the new good in Bollywood now?

“I think overall there is a change coming where people are not necessarily opting for heroic roles. They are opting for roles that have got content and are character-driven. Also, the coming of web series has changed the mood of the industry completely so there is a sea change coming in no doubt", acclaimed director and national film award winner Pradeep Sarkar told Sputnik.

“It’s not that bad is the new good, it’s how you define bad or how you define good like in reality a very nice guy who seems good might not be so good in real life so you really don’t know who is who so the grey character emerging in the industry is the new thing that is happening", he added.

It appears, the new crop of Bollywood stars is also taking note of their seniors as recently 25-year-old Vishal Jethwa, who is just starting out in Bollywood, stole the limelight from the very experienced Rani Mukerejee in “Mardaani 2” with his dark and disturbing role as a brutal serial rapist in the film. Not to be missed is the first installment of this series, “Mardaani” in which Tahir Raj Bhasin made his Bollywood debut as a human trafficking kingpin.

Another young actor Rohan Shah, who previously did ad commercials and TV shows, made his Bollywood debut in Vikram Bhatt’s “Hacked” in which he played the role of an obsessed lover who couldn’t accept no for an answer from an older woman, so hacks her life through her social media handles, phones, and laptop.

“I did not see things as positive or negative, dark or grey. I genuinely felt that there is lot of scope as an actor to perform and I was excited about it. I live in the now and I feel if the character is interesting to play, I pick it up. As an actor I have to be honest to the character and the performance. I cannot plan things out. I am not a person who plans things out because anyways no plan works. So I kind of just flow towards it", Rohan told Sputnik.

Girish Johar, one of the most senior film trade and business analysts, feels that people now relate more to the story rather than deciding it on a negative or positive role.

“That’s more a deciding factor for an artist there. Even if we talk about the audiences' perspective, it doesn’t matter. For instance in ‘Mardaani 2’ the new boy is fantastic. Had there been some established actors or known actors, the impact would have been different. It’s a new package as well and audiences have no pre-baggage of a particular actor in mind", he told Sputnik.

“Audiences have also matured a lot. Of course India is a star-driven country but they don’t mind watching newcomers", he added.

It’s not just young actors, even some of Bollywood's established actors received a career boost after playing negative roles, like Shahid Kapoor. He did perform some lighthearted roles during the start of his career in 2016, but his negative and edgy role in “Udta Punjab” demonstrated his actinf prowess. The film proved to be one of the top grossing ones of his career. Even his role as an alcoholic, chain-smoking doctor with anger management issues in “Kabir Singh” made it the to list of Bollywood hits.

Internationally acclaimed Indian actor Nawazuddin Siddiqui also gave some of the most scintillating performances in negative roles. For example, as the goon Faizal Khan in “Gangs of Wasseypur” or as an opportunist who does anything for money in Aamir Khan's “Talaash”. The trend of negative roles has increased so much so that even Riteish Deshmukh, who otherwise is seen in light-hearted comedy films, played the role of a killer in “Ek Villain”.

So like the famous song from Bollywood actor Sanjay Dutt’s film “Khalnayak”, Nayak Nahi Khalnayak” (Not the hero but villian) actors are taking these roles all the way to the bank.

Hacking My Personal Accounts Won't Make Any Difference to Me or My Life, Says Bollywood’s Hina Khan