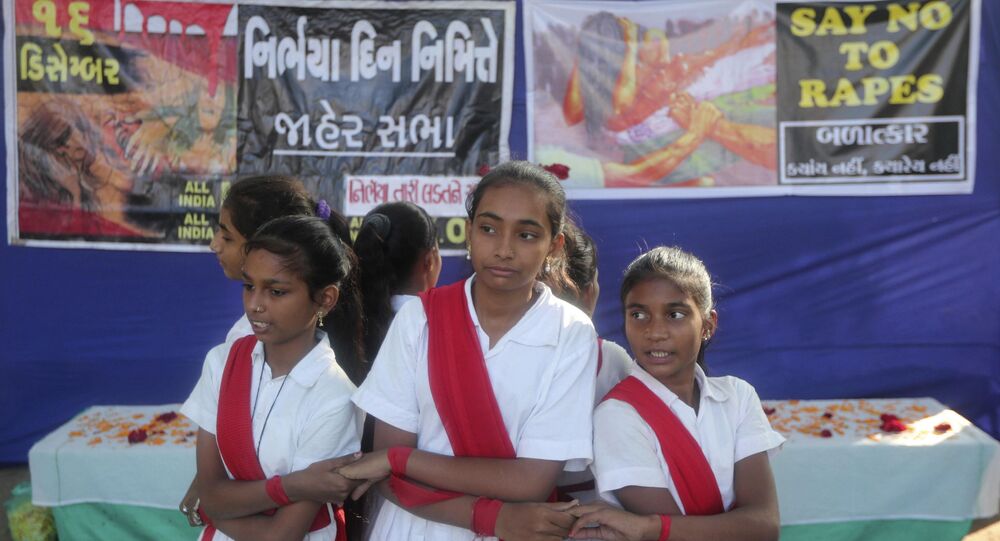 New Delhi (Sputnik): In 2018, reports claimed that around 35 girls had been sexually exploited and that 11 of them were allegedly murdered at an NGO-run shelter home in India’s Bihar state after bundles of bones were found. The case sparked nationwide outrage, prompting the government to make its top probe agency, the CBI, investigate it.

A Delhi court on Tuesday awarded life imprisonment to the owner of an NGO who ran a shelter home in India's Muzaffarpur city, where 35 girls were sexually and physically assaulted.

Hearing the matter, Additional Session Judge Saurabh Kulshreshtha sent NGO owner Brijesh Thakur and 11 others to jail for life in the case.

In the 1,546-page judgement, Thakur was convicted of conspiracy, causing hurt by dangerous weapons or means, voluntarily causing hurt, and failure to report to the commission of an offence and cruelty to a child under various sections of Indian legislation.

On 4 February, the country's top probe agency the Central Bureau of Investigation (CBI) sought life in jail for Thakur, stating that "rape is a crime of lust and power" and mercy should not be shown in the case, as the victims were minors.

Earlier, in January, the Supreme Court of India gave Thakur a clean chit in the murder aspect of the shelter home case, while suggesting that the investigation will continue regarding other aspects.

In Bihar state, some media reports claimed that social workers from political parties had forced young girls at such shelter homes to dance to vulgar songs. There were reports of girls being raped and later murdered.