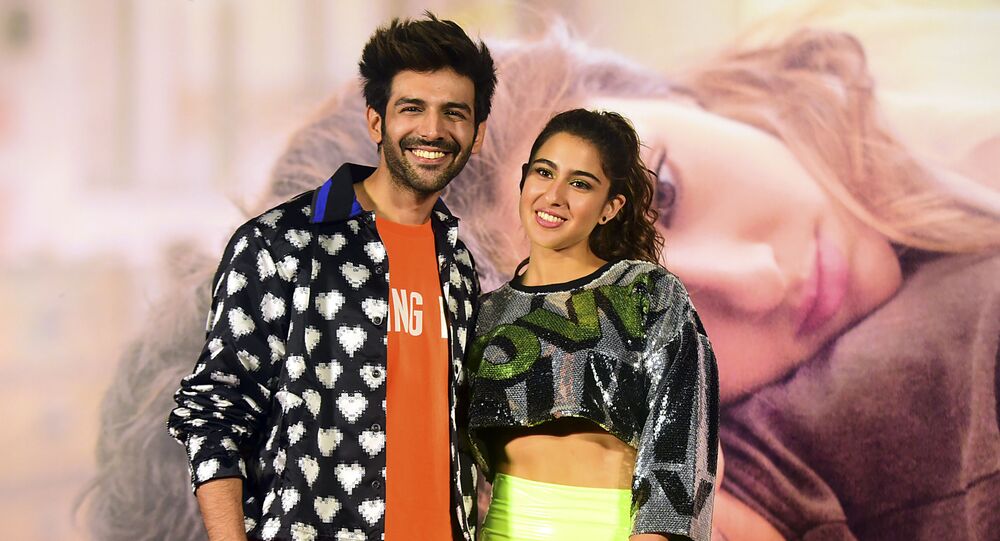 New Delhi (Sputnik): The second edition of the much-anticipated Bollywood film "Love Aaj Kal", featuring the smoking hot pair Sara Ali Khan and Kartik Aaryan, has made headlines for its on-screen romance and chemistry. The movie, slated to hit the cinemas on St Valentine’s Day, has been passed with an Unrestricted Adult certificate (U/A).

While movie buffs are expecting chemistry equally as electrifying as in the movie's first edition starring Sail Ali Khan and Deepika Padukone, India's censor board has become a killjoy by chopping off intimate scenes from the upcoming film "Love Aaj Kal".

The Central Board of Film Certification (CBFC) has reportedly cut short a kissing scene at the very beginning of the movie and a lovemaking scene between Sara and Kartik has been cut short and modified, the Bollywood Hungama site report.

The board has also directed the movie's filmmaker, Imtiaz Ali, to blur shots of cleavage shown after the intimate scene.

The cuts didn’t stop there, though, as shots of the actors undressing themselves and using abusive words like “f**k” were also muted in audio censoring.

The sequel follows the theme of Ali's 2009 release, showcasing the difference of love stories between two generations and the approaches towards romance in different eras.

The 2009 Deepika Padukone starrer proved to be a super-hit movie with Box Office India, grossing INR 890 million ($12 million). Interestingly, the sequel to the 2009 film "Love Aaj Kal" will be released with the same title in 2020.