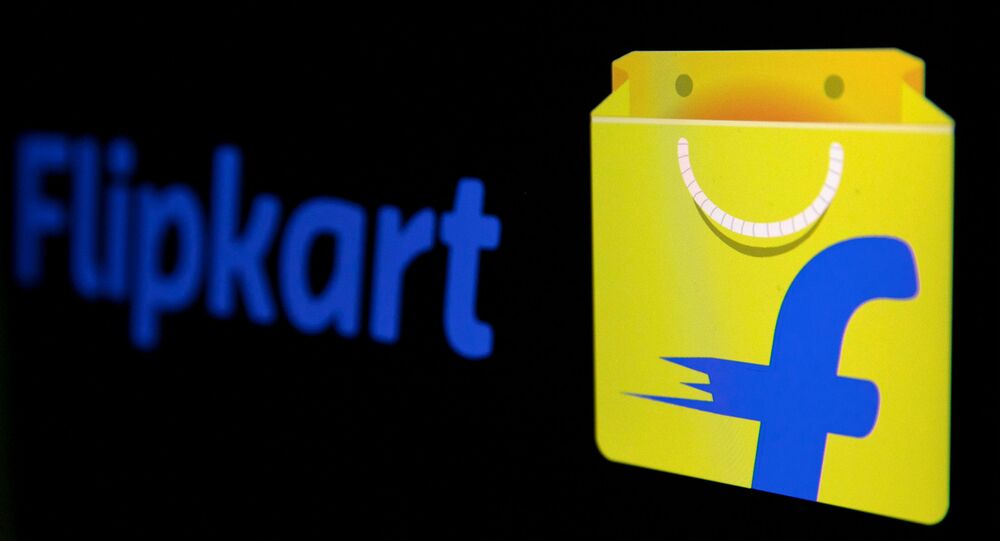 New Delhi (Sputnik): Planning to rework its trade strategy, India initiated trade talks with the US in November 2019. As per experts, India will demand a full restoration of the General System of Preferences that was withdrawn by the US in 2019. It allows India duty-free exports of at least 3,000 commodities to the US.

India should not accept US demands to lift curbs on unethical and illegal business practices by American e-commerce giants as it would result in huge job losses, a group affiliated with India's ruling party BJP and its parent group RSS has said.

Stating the challenges for India in the deal, Ashwani Mahajan, co-convener of Swadeshi Jagran Manch, a group promoting home-grown products, has said India has a clear stance that US e-commerce firm Amazon and retailer Walmart have been circumventing laws by burning cash and offering deep discounts.

The announcement of US President Donald Trump’s visit to India on 24 and 25 February has increased the speculations around the signing of an India-US Trade deal.

Swadeshi Jagaran Manch's concern is that e-commerce giants are endangering the livelihoods of millions of people engaged in the retail trade and also aspiring young e-commerce players, who are not able to survive due to deep discounts.

Indian expert in international trade Manoj Pant believes that the issue of e-commerce is subject to data localisation laws and not retailers.

“I don’t think India is going to simply keep talks around e-commerce. From the US side, it is more like developing important political relations with India", he says.

India currently has a trade surplus of $31 billion with the US.

On Monday (10 February), Amazon filed an appeal with the Bengaluru High Court seeking a stay on the proceedings of the Competition Commission of India (CCI).

Here to Stay: Amazon Vows to Create 1 Mln Jobs in India by 2025 Despite Legal Troubles