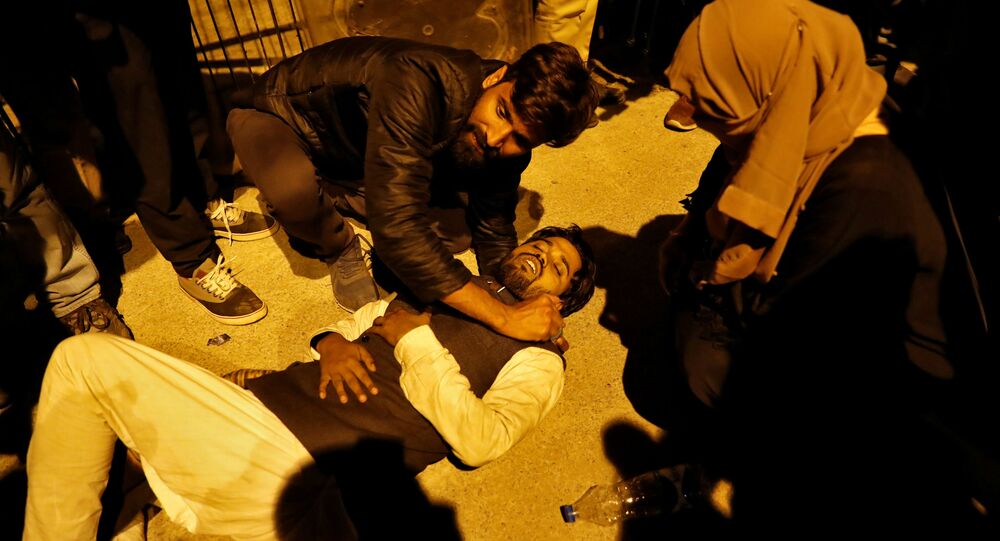 Several students of Delhi’s Jamia University were injured and rushed to hospital after agitating protesters had an ugly clash with security personnel on Monday.

The security forces deployed around the campus stopped the protesting students from marching to parliament by barricading the area near the Holy Family Hospital in Delhi's Okhla area. The students, however, retaliated by jumping the barricades.

Numerous people are reported to be injured after security forces baton-charged students to disperse them.

Just in: Large number of Force at Jamia Millia islamia to resist the March Jamia to Parliament street#Jamia pic.twitter.com/NGR0OzCYPg

In another video clip, a student alleged that police called the protesters Pakistani.

Chief Proctor of Jamia University Waseem Ahmad appealed to both students and police to deal with the situation calmly. He also urged the students to move back after heavy security forces were deployed in the area with water cannons and tear gas.

The protest was called by the Jamia Coordination Committee (JCC) on Monday, a group comprising alumni and students that planned a march on parliament to protest against the citizenship law and the proposed National Register of Citizens (NRC).

In a similar incident on 15 December 2019 at Jamia University, nearly 60 people – including students, police, and activists, were injured after police and students clashed.

The CAA law allows non-Muslim immigrants from six religious minorities – Hindus, Parsis, Jains, Christians, Buddhists, and Sikhs – from Afghanistan, Bangladesh, and Pakistan to acquire Indian citizenship if they arrived in India before 2015.

The proposed NRC seeks to identify bona fide Indian citizens and illegal immigrants. The government has denied that the NRC is even being discussed by the cabinet.