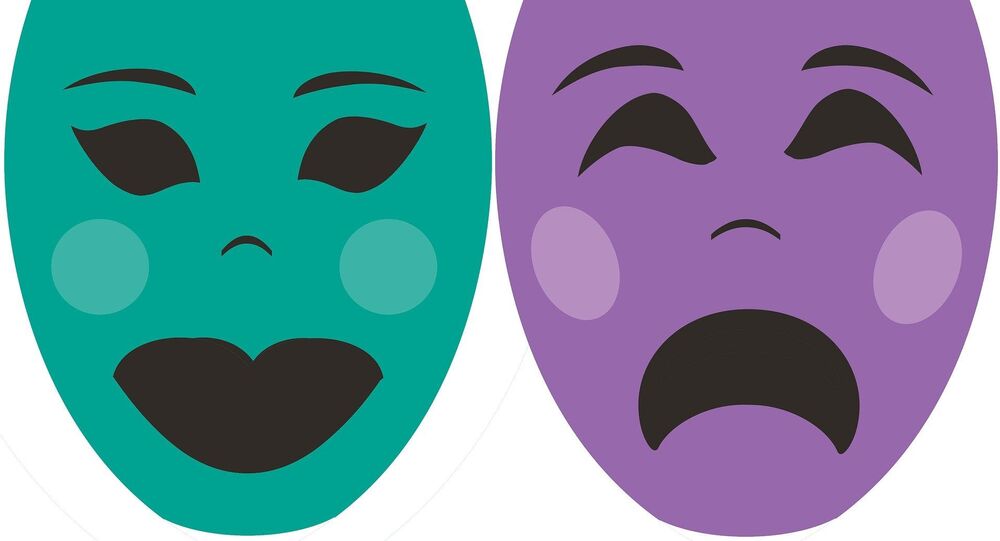 New Delhi (Sputnik): India is famed for being the world's largest producer of films; it makes thousands annually. Bollywood stars like Priyanka Chopra Jonas and Shah Rukh Khan are loved and followed by millions of people worldwide.

One veteran Bollywood actor, Anupam Kher, recently visited New York University, where he spoke to students about the nuances of acting and shared anecdotes from his personal life, the media reported on Saturday. He spoke to third year undergraduate drama students at the Meisner Studio at NYU's Tisch School of the Arts.

I am looking up and I have no idea which cloud has all my data.:)

Kher also studied drama; he forayed into the Hindi film industry back in 1984. Incidentally, when he was just 28 years old, Anupam’s hairline began receding, and in his first movie, titled “Saaransh”, the actor played a 65-year old man.

In his career, which has spanned over 36 years, the actor has been part of at least 200 projects – including his famous Hollywood appearances in films like Caution, Bend It like Beckham and Silver Lining Playbook.

Currently, the 64-year old actor is essaying the character of Dr. Vijay Kapoor in an NBA-aired hospital drama, "New Amsterdam”.

In tonight’s episode of @nbcnewamsterdam the world will know a little more about #DrKapoor and his life. Please do watch it. Brilliantly directed by @gatelife!! Tonight at 10pm EST🙏😍 #Episode12 #Season2

Some days ago, Anupam, who is vocal about his political views on social media, made headlines after he was called a “clown” by his contemporary Naseeruddin Shah – the Indian actor who refused to audition for the iconic role of wizard Dumbledore in the world famous Harry Potter series.

At the time, Anupam hit back at Naseer with a video message saying how “not affected” he was by his colleague’s statement, given the fact that his fellow actor has been “under the influence” of unnamed substances for years.

Kher was happy with his college professor role. "It was fantastic to speak to such brilliant students at New York University. They''re all so bright and talented; it was a pleasure to share with them my experience at movies and the love for my craft. I hope it helps them in the long run," he said.
...
Reddit
Google+
Blogger
Pinterest
StumbleUpon
Telegram
WhatsApp
20