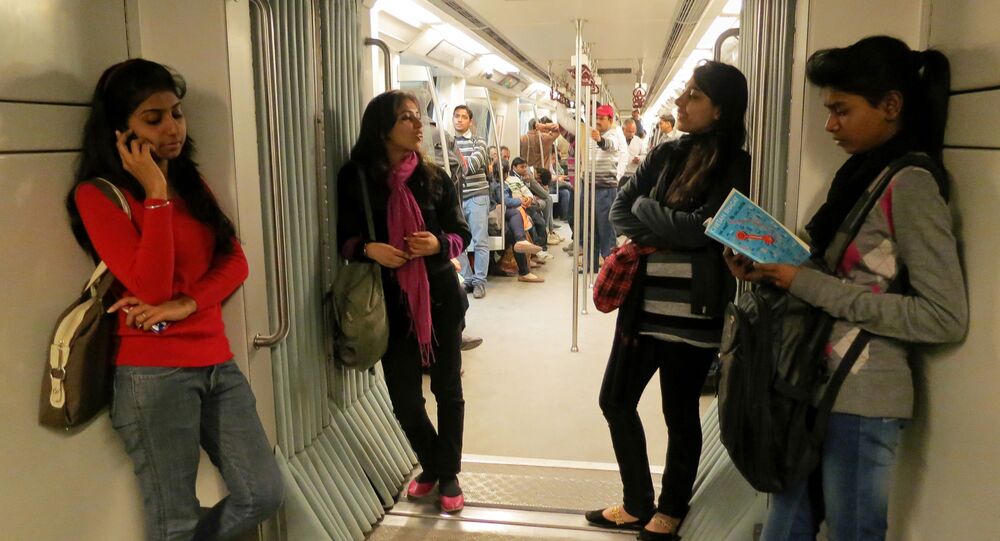 New Delhi (Sputnik): During the last several years, a number of unattended objects were discovered in India’s new underground subway system in the capital, often requiring the intervention of bomb disposal squads.

Since the Delhi Metro is considered a key installation and could be targeted by terrorists, the paramilitary troops handling its security have replaced the Explosive Vapour Detectors (EVDs) that had been used to register traces of explosives in suspicious bags at its stations with Russian-made systems.

The decision was taken after it was found that the Indian made EVDs failed to detect explosives on several occasions, explained an officer from the Central Industrial Security Force (CISF).

The official confirmed that the Delhi Metro and all airports in the country would now use the Russian-made EVDs to ensure foolproof security in the wake of increasing threats to these installations.

The officer, who did not wish to be identified, said that Indian-made EVDs had also given false alarmson many occasions.

"Our force at the Delhi Metro deals with suspicious bags and with bomb threats almost every other day, and phoned-in terrorist threats once per week, on average,” a senior CISF officer said.

The Delhi Metro, the world's fifth largest, hcriss-crosses the nation's capital and its satellite cities of Noida and Gurugram with a network of 389 kilometres of track, and remains on high-alert from terror outfits.

Most recently, on the eve of India’s Republic Day, which was celebrated on 26 January, there were major terror threats reported at metro stations which forced the authorities to introduce enhanced security screening.