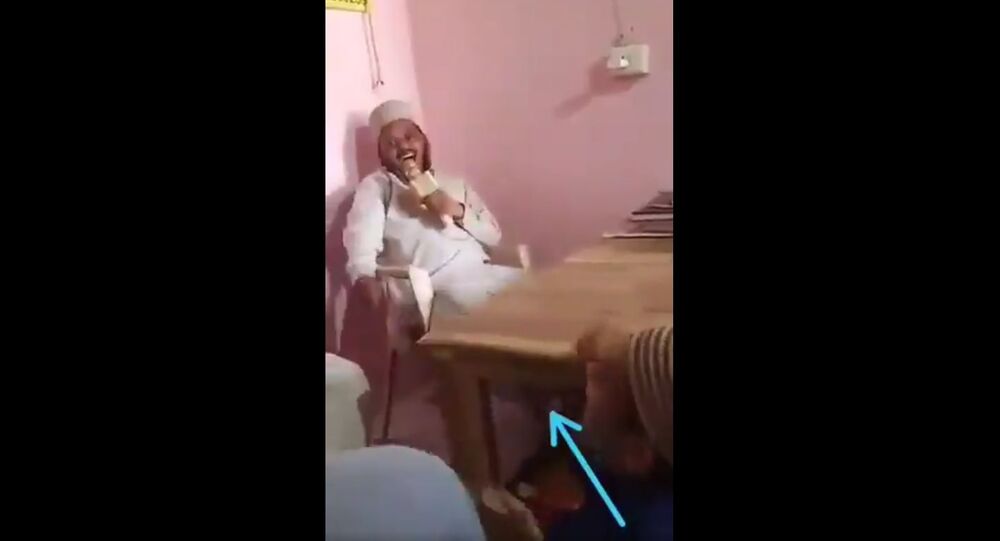 New Delhi (Sputnik): Delhi’s Shaheen Bagh area has become an centre of protest against the citizenship law for non-Muslim immigrants, and orators have been busy, keeping up the spirits of protesters who have been staging a sit-in for more than 50 days already.

A Muslim cleric was practicing to deliver a passionate speech at the Shaheen Bagh protest site in Delhi when he got over enthusiastic and tumbled from his chair while using the microphone.

In the video, the cleric can be seen in repeating lines with another man. But the man soon gets over enthusiastic falls along with his chair, causing hilarity in the audience.

​Hundreds of people, including women and children, have been staging a protest against the Citizenship Amendment Act, 2019 (CAA) for nearly two months at Shaheen Bagh, in south-east Delhi. The majority of them are Muslims who view the CAA as discriminatory against members of their community. A tent has been erected where people are spending days and nights braving the chills and rain of Delhi.

The CAA, enacted on 13 December 2019, allows Indian citizenship to persecuted minorities of Hindus, Sikhs, Buddhists, Parsis, Christians, and Jains from three neighbouring Islamic countries – Afghanistan, Bangladesh, and Pakistan – if they have been living in India for “not less than five years”.