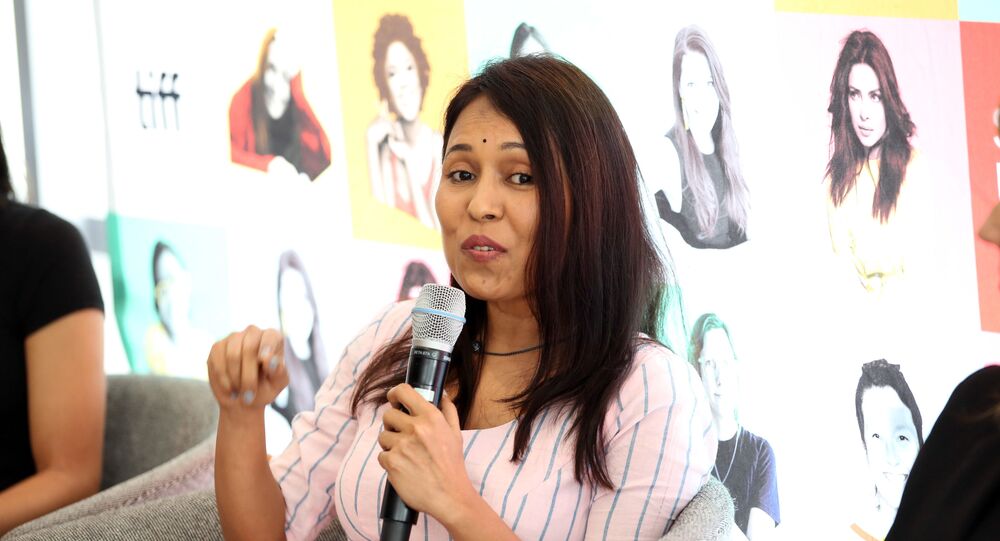 New Delhi (Sputnik): Indian filmmaker Rima Das is best known for making realistic films with non-professional actors and resonating with people across the globe with her storylines.  She received international acclaim when her movie “Village Rockstars” was India's Official Entry to the 2019 Oscars.

Rima Das will be on the jury of Generation 14plus at the prestigious Berlin International Film Festival 2020, a category in which her 2018 film “Bulbul Can Sing” was given a special mention last year.

The other jury members for the 14plus category include Iranian filmmaker Abbas Amini and South African filmmaker Jenna Bass.

Despite being acknowledged for her awe-inspiring work abroad, Rima has restrained herself from associating with Bollywood names back home. She says that she has to be careful in choosing the right script and right people to work with as she doesn’t want to lose her voice.

“People are approaching me now and studios are approaching to associate especially after the success of my film ‘Village Rockstars’ ,but for me, filmmaking is life. I do not want to lose my voice so I need to be careful about choosing the script and choosing with whom I am working. I feel what you are destined to get, you will get.  I do not have that kind of desire to get everything big. I want to make movies and associate with the right people,” Rima told Sputnik in an interview.

She also says that she herself is a bit lazy and busy with two films back to back, noting “I also needed breaks.”

“However other producers want to bound scripts. So, I am working slowly. Probably, in the future, I will work. But sometimes I feel that it is not necessary also (to associate). I just want to make movies and it is not important how big or how small, it doesn’t matter,” Rima shared.

However, she is not closed to the idea of associating with the mainstream Bollywood industry.

“Maybe if I have enough courage, because it’s all about me. If I find someone who can completely understand my characters and surrender herself or himself to the storyline then it will happen, and it doesn’t matter if it is Bollywood or Hollywood,” the filmmaker stated.

However, Rima feels that opportunities are opening now because of OTT platforms.

“The opportunities are opening because, with OTT (Over The Top) platforms, a new class of audience is also arising, They are aware about the trend. They understand that only formulaic films are not going to work, they are aware,” stated Rima.

A self-taught filmmaker, Rima dons multiple hats, working as screenwriter, producer, director, cinematographer and editor for her films. Her film “Village Rockstars” was screened at over 80 film festivals around the world and bagged over 50 awards including the National Film Awards as the Best Feature Film in India 2018. Another film, “Bulbul Can Sing”, was screened at over 40 prestigious film festivals across the world and won 14 awards. Both these films were released on Netflix on 15 January.

Also, her first feature “Man with the Binoculars” (Antardrishti) premiered in the First Feature Competition at the Tallinn Black Nights Film Festival 2016 in Estonia.

She is also one of the Brand Ambassadors of Toronto International Film Festivals 'Share Her Journey' campaigns that champion the cause of gender equality in cinema. Currently, Rima also manages a Mumbai-based production house, Flying River Films, which supports local and independent filmmakers in the region.

As a jury of Generation 14plus, which focuses on films that take young people seriously in their narratives and cinematic languages, Rima feels she has an added responsibility to fulfil after being considered for such a position at the Berlin Film Festival, which that is scheduled to take place from 20 February to 1 March 2020.

“I feel if they are calling for jury, it is their love and they are appreciating my work and this is what is important for me. I feel like there is lot of responsibility and pressure on me now. I feel that I am getting the message out that I should do things the way I am doing them. I should stick to my artistic instincts,” she said.

“In India too, I have people who love my work. So, I should focus there also,” she added.

When asked if she will continue making realistic films, the noted filmmaker said: “What I have realised from my experience is that I fall in love with cinema and it is not just reality cinema, it can be any cinema. It can be a thriller, a zombie movie also. The Magic of the filmmaking mesmerises me and I am still learning as a human being and my crafts and ideas are also developing as filmmaker, so it is not intentional.”