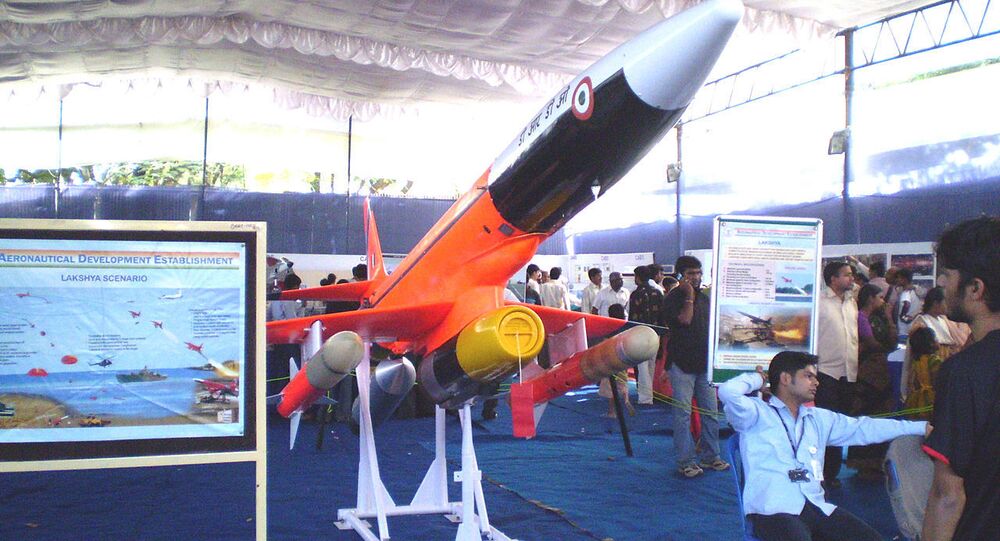 New Delhi (Sputnik): India's military is seeking to extend its use of drones for intelligence gathering, surveillance and reconnaissance .

HAL claimed that deploying a rotary UAV will bring down the huge costs associated with operating and maintaining manned helicopters.

“It will also benefit the Indian Armed Forces in deploying a UAV for a routine surveillance mission or operating in unsafe areas both during day and night, which otherwise would have to be carried out by manned helicopters,” HAL said on Wednesday.

The Indian aviation giant claimed that the partnership will benefit the two firms in terms of technology, manufacturing, marketing and maintenance. “It may also open up new business avenues for HAL culminating in both domestic and export orders.”

“The collaboration will provide excellent opportunity to HAL to expand its product offerings to Defence Customers, absorb critical technologies and strengthen the Aerospace Ecosystem in the country, especially for UAVs,” HAL chief R. Madhavan stated.

India has been trying to expand the use of drones to keep up with regional rivals China and Pakistan.

Islamabad has allegedly accelerated its long-delayed purchase of up-to-date warfare systems and advanced radars, which it is reportedly seeking to deploy along the border.

A recent report by the Stockholm International Peace Research Institute (SIPRI) claimed that China has become the largest exporter of unmanned combat aerial vehicles, selling 15to 13 countries since 2014.

Amid Gaza Rocket Fire, People of India Stand by Israel as #IndiaWithIsrael Trends