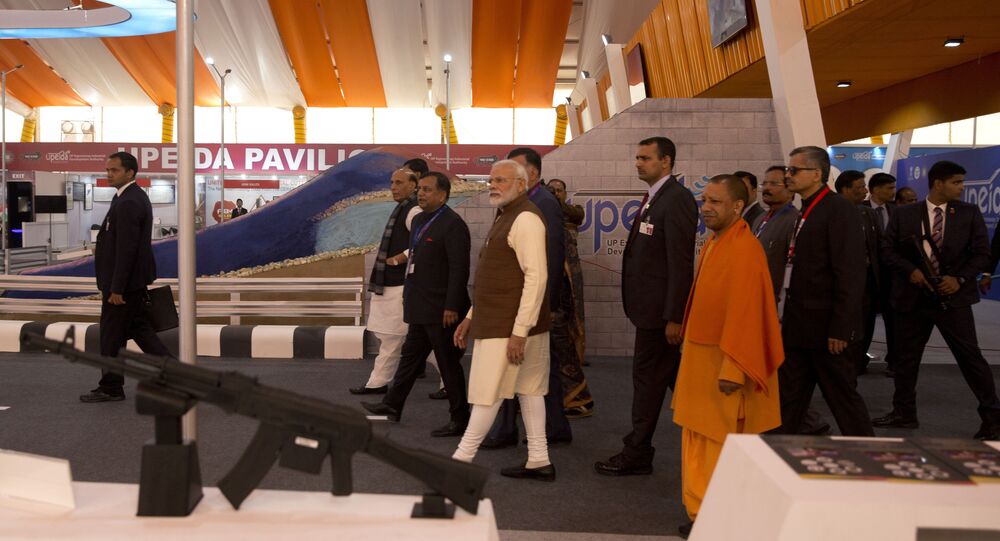 New Delhi (Sputnik): Under Prime Minister Narendra Modi, the “Make in India” initiative has witnessed tremendous growth in the technology sector. Riding on its success, the government plans to ally it with the “Digital India” programme and use it to benefit the Indian military.

Participating in a DefExpo event in Lucknow, Modi mentioned that the digital transformation of India’s defence sector is of great importance, the Hindustan Times reported.

“In the last five years India has made remarkable progress in indigenising the production of military equipment under the ‘Make in India initiative’. Our aim is to develop 25 products based on AI in the next 5 years,” media reports quoted the Indian Prime Minister as saying.

Launched in September 2014 by the Modi government, the "Make in India” initiative is about encouraging national as well as international firms to boost manufacturing in India.

At the Lucknow event, Prime Minister Modi added a twist to his “Make in India” catch-phrase and announced a new one – “Make in India, for India and for the world”.

​While the government is trying to rope in foreign investment, Modi said he also intends to involve 15,000 micro, small and medium enterprises (MSMEs) in defence production.

The 11th edition of the annual DefExpo opened on 5 February and will continue until 9 February.

On the sidelines of the DefExpo event, the 5th edition of India-Russia Military Industry conference is also taking place in Lucknow, with more than 300 Russian and Indian experts expected to take part.