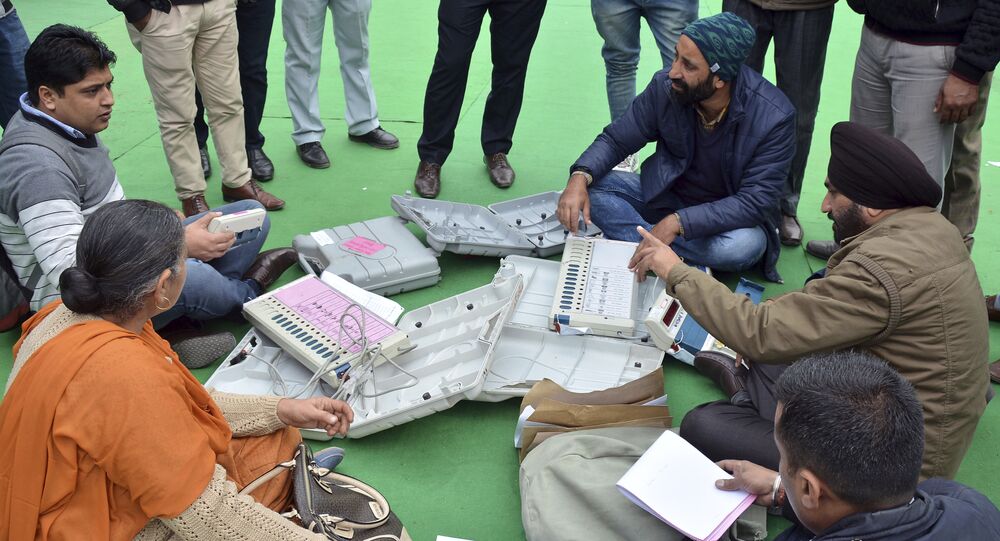 But local issues appear to take precedence over national or emotional issues among nearly 200,000 young voters. Elections are scheduled for 8 February and votes will be counted by 11 February.

Young people, including first-time voters, want a government that would prioritise education, employment and health, which they say are being handled adequately by Delhi’s ruling AAP.

At a point when Delhi’s atmosphere is laden with communally-charged sentiments due to the ongoing protests against the controversial citizenship law, younger voters in the state have played down the presence of communal polarisation and want a government that focuses on “real issues”.

“Modi can ensure national security, but the initiative to resolve local issues in Delhi was taken up by AAP,” this was the dominant sentiment that echoed among fervent young voters when asked about their voting preference in the upcoming polls in the national capital.

Most of them voted for the BJP when electing the Lok Sabha, or lower house of Parliament in 2019, year but are inclined towards AAP in Delhi elections.

“The policies (the citizenship law amendment and the new registration law) that the BJP government introduced have caused chaos in Delhi, it’s giving rise to polarisation, because of which other local issues are taking a backseat,” said Anirudh, a 22-year-old student.

According to the data collected by Indian research institute Lokniti, following the 2019 federal polls, BJP was the most preferred party among younger voters: 41 percent of them voted for it, increasing the party’s first-time voters share by four percentage points.

However, the opposing side favouring BJP accused AAP of selling a false narrative on its achievements in education and health care.

“AAP is getting exposed as we are getting closer to elections. They claim they have improved the education sector… but Delhi still remains one of the poor performers in education,” said Dushyant Pratap Singh, a 27-year-old post graduate student.

The party has claimed it has built 22,000 new classrooms and completely overhauled the infrastructure of public schools. Regarding health care, the party says it’s providing free treatment in all state government-run hospitals.

Another student, Priyanshi, said: “Why did they carry out all development work in the last year of their tenure? Clearly, BJP should come to power in Delhi so that federal government can have better coordination with the state government.”

Youth Vs Veterans: A Difficult Choice

Delhi has 3.1 million voters who fall in the 18-30 year age group. Out of these, 230,000 are first time voters (18-19 years). Political parties are employing all kinds of techniques to woo them, such as putting forward younger candidates.

When asked if they would they prefer a young candidate over a seasoned one, a group of students at the University of Delhi campus offered a mixed response. “Young blood is full of energy, but veterans are calm and take mature and reliable decisions. I don’t think I would categorically vote for a youngster,” said 22-year-old Puneet.

“Although fresh and young faces are required, giving power to an inexperienced youngster for the next five years can turn out to be risky,” said Shivani, a 19-year-old first-time voter.

While a few women were upset with the AAP’s free public bus services for women in the name of women’s safety, others lauded Chief Minister Arvind Kejriwal for at least taking the initiative. Many also cited CCTV cameras installed by the ruling government as being a step in the right direction.

“None of the governments took such measures before for women’s safety. But now when a party is doing something about it, they are criticised,” said Chanchal, who said she would vote for AAP this time.

Nearly 14.6 million eligible voters will cast their vote in a single-phase election. The ruling Aam Aadmi Party had a landslide victory in the 2015 elections, bagging 67 of 70 seats, while BJP could muster only three and  the Indian National Congress, the second-largest party nationally, didn't get any. BJP has been out of power in the national capital for the past two decades.

Political polarisation has divided opinions in the national capital in the wake of protests against the CAA that have come under scrutiny for granting citizenship to some illegal immigrants who settled in India on or before December 2014 from three neighbouring countries, but not Muslims. However, the government has insisted that no Indian Muslim has anything to fear, as “the law grants citizenship, it does not snatch it”.