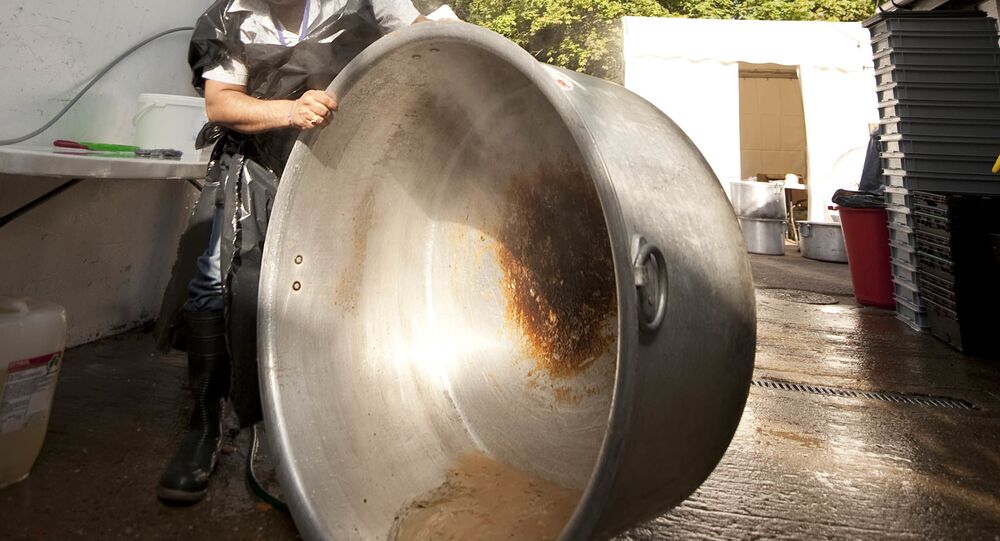 New Delhi (Sputnik): India’s midday meal programme has had its share of ignominy for its quality or insufficient ingredients or irregularities. In 2019, police filed a case against a journalist in Mirzapur in northern Uttar Pradesh who exposed grave irregularities in meals being provided to school children.

In a shocking incident in the same district on Monday, 3 February, a young three-year-old toddler died after falling into a boiling pot in Rampur Atari village in India's Uttar Pradesh state. The family of the girl child alleged that her cries went unheard as the cook was listening to music with headphones, reported Indian news website India Today.

The child, who sustained severe burn injuries was pulled out of the steaming pot by teachers of the school, but died in hospital.

A top district official said that an investigation has been ordered and suspended the principal of the school.

“An FIR (First Information Report) would also be filed. We have got information that there were six cooks at the school and the incident happened due to negligence on their part”, said district official Sushil Patel.

Monday’s mishap was the third such incident to have taken place in the last four months. In November last year, two boys, aged three and six, died in separate incidents. The three-year-old died after falling into a scalding pot of sambar, a lentil-based vegetable stew or chowder popular in southern India’s Ranga Reddy district of Telangana state.

The six-year-old boy also tripped into a pot containing boiling sambar while running to have his lunch in a school in Kurnool district in Andhra Pradesh state in November, 2019.