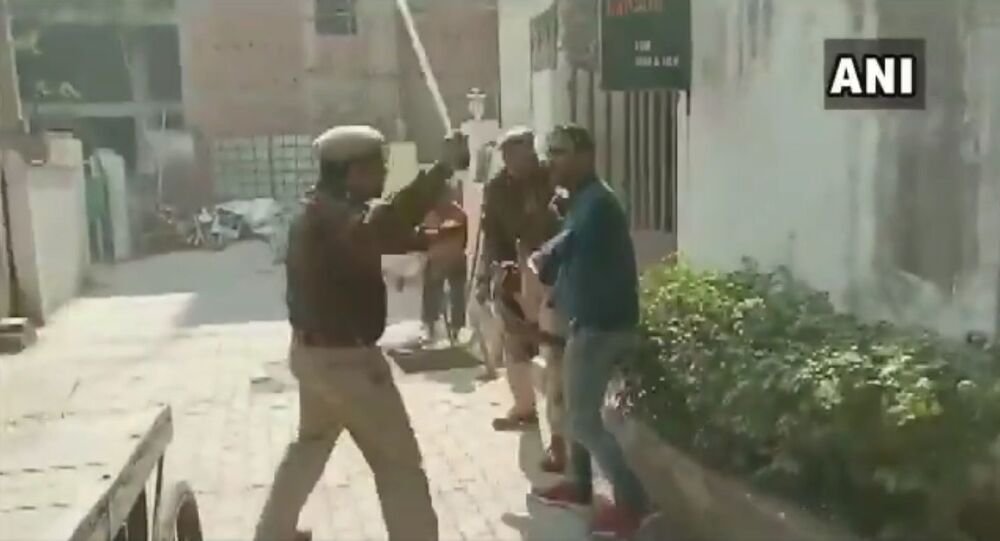 New Delhi (Sputnik): Police used water canons on protesters demonstrating against the alleged leak of question papers in the Bihar Police Exam. The demonstrators were demanding a probe by India’s top investigation agency CBI into the matter.

A video clip showing a group of police recruitment examination candidates being beaten by policemen in India’s Bihar state has surfaced and is drawing widespread public attention on the social media.

Posted by Indian news agency ANI, the video shows police personnel using water cannons to disperse the protestors who took to the streets Tuesday to highlight their allegations of question paper leakage in the Bihar Police Exam.

​The youngsters were demonstrating outside Science College in Bihar’s capital city of Patna.

This is not the first instance of allegations of examination paper leakage during government exams.

In December 2019, candidates in Prime Minister Narendra Modi’s home state Gujarat protested against a leak during the government examination.

Following massive protests and investigations that proved the leak had indeed taken place, the exam was cancelled by the State government.