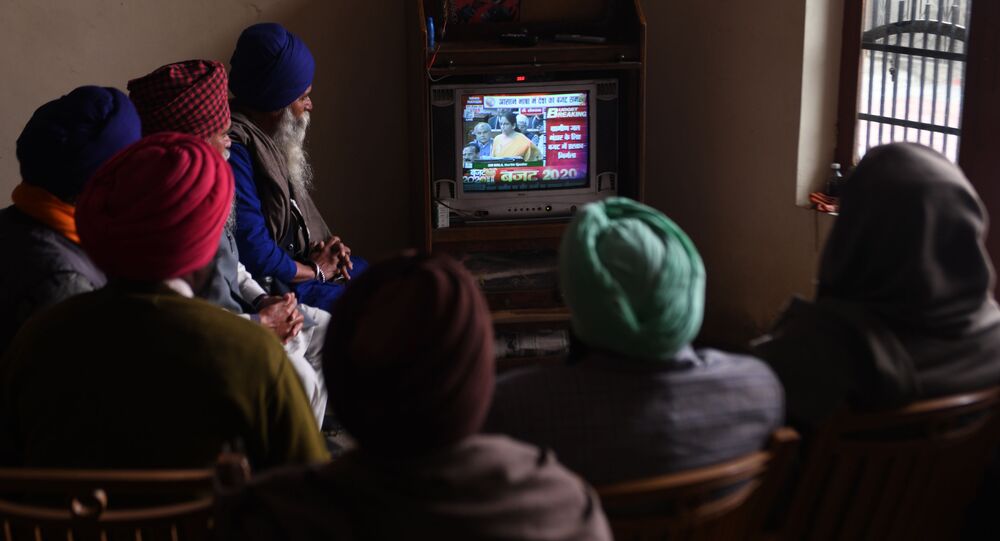 New Delhi (Sputnik): After Indian Finance Minister Nirmala Sitharaman presented the government’s budget proposals for 2020-2021, Prime Minister Narendra Modi praised it, saying that a lot of emphasis has been placed on agriculture, infrastructure, textiles, and technology, which he saw as the main areas for job creation.

As Indian Prime Minister Narendra Modi endorsed the budget proposals of Finance Minister Nirmala Sitharaman in parliament during an over two-hour long speech, describing it as the first budget of the decade with “vision” and “determination for action”, many netizens took it as all talk and no action.

Some netizens did not seem convinced about the path the government wishes to take in spurring economic growth and addressing existing socio-economic anomalies, with one user even branding it "verbal diarrhoea".

#Budget2020 should have addressed the issue of population explosion. I propose More children More Tax .... Simple

BUDGET 2020: A Verbal diarrhoea that exposed a government clueless of the Economy!

....to sold out every public sector institutions 🤔

Sensex down by 1000 points sirji...What are you thanking Sitharaman for?

Last I checked the country’s unemployment rate was 45%; a travesty for a country owning one of the best skilled and educated workforces in the world. (@FareedZakaria)

“The reforms announced in today’s budget are aimed at establishing a firm foundation for speeding up economic growth over the next decade and to give every citizen of this country economic stability. The 16-point action plan that we have announced will give the rural sector the required impetus in terms of providing a livelihood”, Prime Minister Modi said on Saturday after the budget presentation.

Another group of social media users said the budget announcements hold promise for a better future for the country and its people.

Some netizens were, in turn, sceptical of the prime minister’s claim that the goal of developing 100 airports and 100 smart cities is very important for the country’s tourism sector. They seemingly didn't agree with the view that it would lead to the creation of more jobs and income generation with less investment.

yes, keeping shutting down internet due to riots and shutting whole kashmir and now opening airports.

The prime minister, however, said that he believed this budget would increase both income as well as investment and bring new energy to the financial system. Credit flows would fulfil the country's current needs and expectations for the next decade.

Finance Minister Sitharaman’s focus was on giving a much needed and balanced boost to the country’s agricultural and middle-income earning sectors.

Taxpayers were given a bonanza in terms of reduced tax rates, but they were also warned that 70 out of 100 deductions available to them in the old regime would not be available in the new regime. Sitharaman said the idea behind the new regime was to bring down tax liabilities.