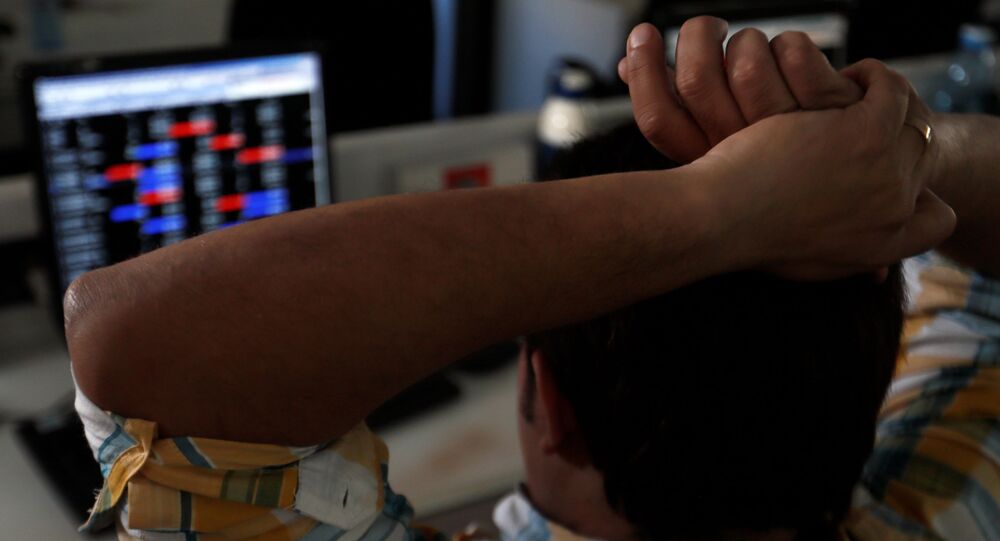 New Delhi (Sputnik): Prime Minister Narendra Modi's government has claimed that budget proposals announced for the 2020-21 fiscal year are clearly middle- and rural-class oriented, aiming to put more money in the hands of the country’s citizens. The opposition has disagreed and chastised this claim.

Pointing to the nose-diving of stock markets across the country, India’s opposition parties on Saturday opted to criticise Finance Minister Nirmala Sitharaman for her fiscal year 2020-21 budget proposals as she presented her second annual budget in Parliament on Saturday.

Most said the proposals presented by the Prime Minister Narendra Modi-led government were old wine in a new bottle, essentially redundant, coming up short in offering jobs and depriving marginalised sections of society of public service benefits.

Politician Rahul Gandhi from India’s main opposition party Congress said there wasn’t any concrete or strategic idea forwarded by Minister Sitharaman with regard to aspiring and young Indians getting jobs.

He described the budget as an exercise in redundant and wasteful rambling and predicted there is no future as far as jobs are concerned.

The main issue facing this country today is unemployment & I didn't see any concrete idea that would help our youngsters get jobs.

The budget describes the govt quite well, all talk & no action.

​Talking to Sputnik in New Delhi, former UN deputy secretary general and Congress parliamentarian Shashi Tharoor said: “There is really nothing in this budget to stimulate the economy and give us the kind of development that we need".

“Where are we going with these proposals? I don’t have anything positive to say about this budget. Where are we going to get to a $5 trillion economy? Forget 2024, we will be lucky to get there in 2050", Tharoor added.

The 2020-21 budget was nothing more than a re-packaging of old slogans, he said.

“We have gone from Stand Up India to Sit Down India", he added.

In a series of social media posts, the Communist Party of India-Marxist (CPI-M) criticised the government for its flawed thoughts on education, healthcare, and inflation control.

The opposition parties’ reactions came even as leading stock markets in India experienced a sharp and deep dip in trading on Saturday afternoon, with most sectoral indices on the Bombay Stock Exchange (BSE) ending in the red.

The BSE market benchmark Sensex nose-dived by 1,050 points to sink below the 40,000 level in late afternoon trading. It led to panic sales of capital goods and financial stocks.

Minister Sitharaman earlier in the day laid out three themes for the 2020-21 budget – aspirational India, economic development, and a caring society – while focusing on enhancing the income of people living in rural parts of the country. She announced around $40 billion in funds for the rural sector, including agriculture and related activities.

Agriculture constitutes 14 percent of India’s annual national income. Government data suggests that 44 percent of people in the country are employed in this sector.