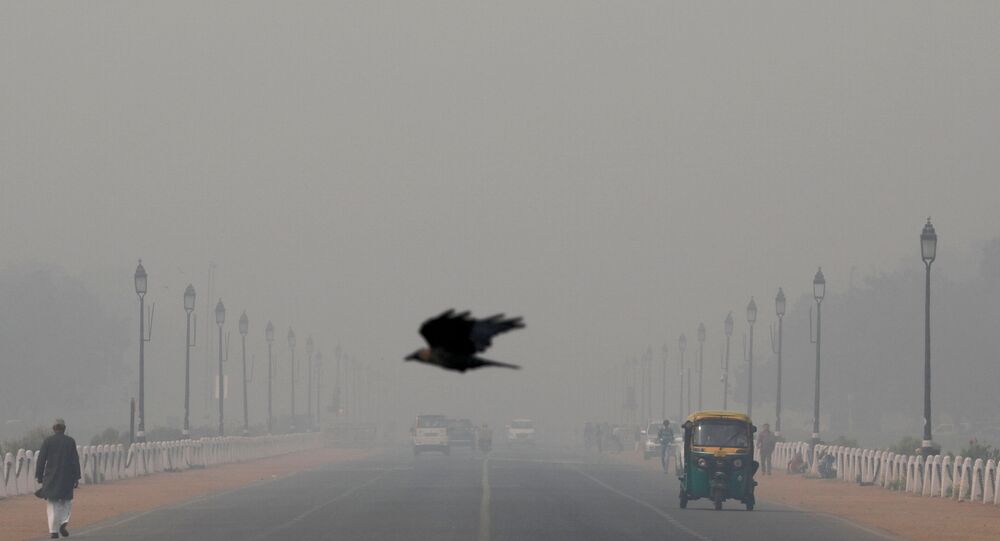 New Delhi (Sputnik): Air pollution in India is regarded as a serious health issue, with 51 percent of it caused by industry, 27 percent by vehicles, eight percent by crop burning, and five percent by festivity-related fireworks. The pollution contributes to the premature deaths of about two million Indians yearly.

Reiterating India's commitment to the Paris Climate Change Agreement of 2015, Finance Minister Nirmala Sitharaman on Saturday announced the allocation of Rupees 44 billion (over $615 million) to encourage Indian states to come up with plans to promote clean air across the country.

Presenting her second consecutive budget for fiscal 2020-21, Sitharaman said: “This land will be used for other purposes. The government will encourage plans to have clean air by the state governments…”

She further stated that India's commitment under the Paris Agreement action will kick-in from 1 January 2021 and will start with the closure of power plants with high emissions.

In the last few years, India has experienced increasingly deteriorating air quality, prompting its citizens and experts to urge the government to make more consistent, practical and effective efforts to address this issue on priority.

Last year, the State of Global Air Report indicated that air pollution is the third leading risk factor for mortality in India, accounting for the premature deaths of about two million Indians annually. The first two leading causes are cardiovascular and lifestyle-related diseases.

In January 2019, the federal government launched the National Clean Air Programme (NCAP) to address the problem of air pollution in 122 cities. The NCAP is aimed at reducing key air pollutants - Particulate Matter 10 and 2.5 (ultra-fine particulate matters that can cause serious health problems) by 20-30 percent by 2024 from the levels in 2017.

Environment analysts have also said that if India wants to create a success story in air pollution management and mitigation, there has to be more transparency and accountability on the money spent to implement, enforce, and execute the NCAP.

Prime Minister Narendra Modi laid special emphasis on the need for closing all global warming-related implementation gaps prevailing before 2020 to ensure that developing countries don’t suffer from additional burdens in the post-2020 period.

He also announced plans for scaling up India’s renewable energy target to 450 gigawatts and highlighted that India has been leading the world in its pursuit of enhanced solar energy capacity through the International Solar Alliance (ISA).

Emphasising that solar energy is a key factor in ensuring the realisation of this objective, she said that as a first step, the government would provide two million farmers with standalone solar pumps, set up solar power generation units on fallow or barren land to help them (farmers) to sell surplus power to the solar grid and help about 1.5 million farmers to operate their grid-connected agricultural pumps with the assistance of solar energy.