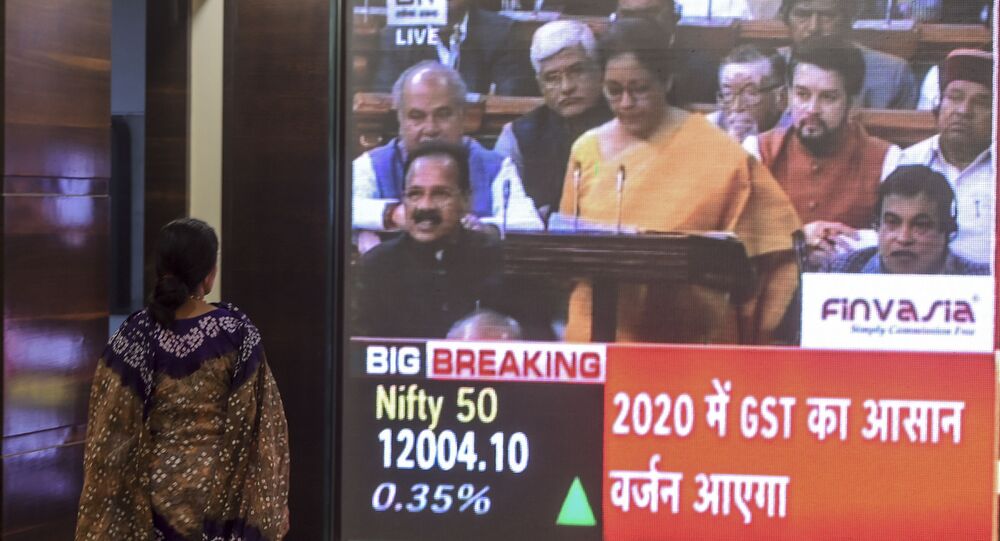 New Delhi (Sputnik): The previous record for longest ever speech was also held by Nirmala Sitharaman: during her maiden financial budget presentation last year, her address lasted for 2 hours 13 minutes.

While presenting her second annual budget, the Indian finance minister appears to have set a new record with her 2 hour and 38 minute address, believed to be the longest ever budget speech in the history of independent India.

Interestingly enough, she had to cut short her speech on the advice of her cabinet colleagues, with two pages still left to be read as she reportedly started feeling unwell towards the end of the budget presentation.

The budget, however, did not impress the stock market. Immediately after the speech, India’s Sensex representing the top 30 companies on the Bombay Stock Exchange crashed by 700 points while the broader index Nifty slipped over 200 points.

Parliamentarians were also left exhausted by the speech and jokingly put in a demand to limit the duration of speech by law.

There must a time limit for budget speeches. #Budget2020

Longest Budget Speech is also the most lacklustre budget ever

After Acche Din, New India,it now appears that the Govt has also abandoned the target of $5 trillion economy

​Journalists, who were attentively listening to the speech and provided information to their respective media organisations for quick updates, also vented their annoyance and stress.

Maybe the plan is that @nsitharaman continues her speech for so long that this news cycle ends and the next one begins and no one cares about the budget anymore?

​This year’s budget also left many people feeling exhausted in terms of immense hope which many of them had nurtured. Some of them, however, took to social media to share how lethargic they felt while uselessly awaiting "good news".

Ma'm @nsitharaman ji when are you planning to start a series of press conferences to rectify the HORRORS of a disappointing budget speech?

A Cappuccino to keep me awake through the finance minister’s 2 hours and 42 minutes budget speech on a Saturday morning. This has to be the longest and mind-numbing budget speech ever. 🤦‍♀️😰 pic.twitter.com/1DIZOTKavK