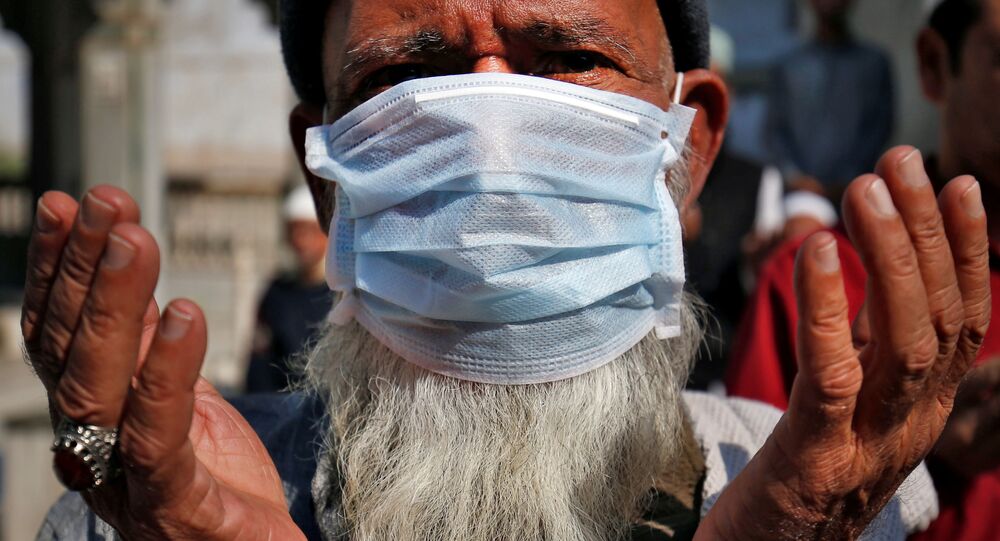 New Delhi (Sputnik): The Indian government had assured the 600 Indians living in China's Hubei Province, of all possible help and promised they would be evacuated.

An Air India Boeing 747 with 324 Indians waiting to be evacuated from the coronavirus-affected city of Wuhan, China landed at Delhi’s Indira Gandhi International Airport on Saturday morning. The Indian government has thanked the Chinese authorities for facilitating the evacuation process and said that a second flight will also take off from Wuhan on Saturday.

Air India special flight with 324 Indians from Wuhan is on the way to parking bay 82 (remote bay) at Delhi Airport #proudAirIndian pic.twitter.com/spjY5LxV6l

The Indian government has arranged a special screening camp at the airport to screen people who have been brought back from Wuhan, the epicentre of the coronavirus outbreak.

​Authorities said that any person with coronavirus symptoms will be sent to the Army Base Hospital at Delhi Cantt.

“We look forward to operating another flight to evacuate the remaining Indian nationals who have consented to leave Hubei Province for the time being", the Indian Embassy in Beijing said on Saturday.

The coronavirus that emerged in December 2019 purportedly at a live wild animal market in Wuhan, the capital city of China's Hubei Province, is spreading globally. The epidemic has already killed 259 people and there are more than 11,000 confirmed cases in China.

The US and Japan evacuated their nationals from on Wednesday, with many international airlines suspending flights to mainland China.