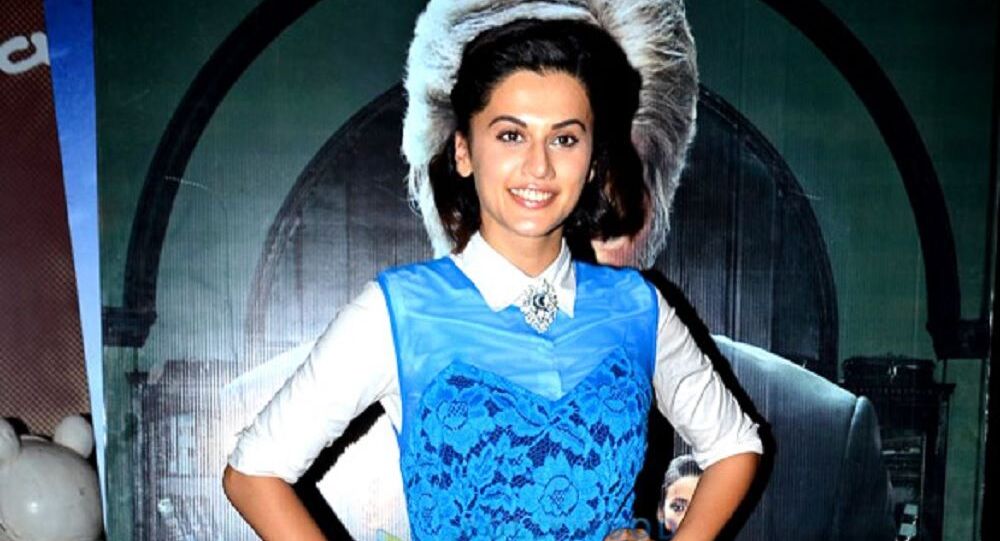 New Delhi (Sputnik): The Indian entertainment industry resonates with the everyday life of people and Bollywood’s curly-haired diva Taapsee Pannu is all set to trigger a guilt trip in every movie-watcher who has participated in domestic violence.

Boldly titled “Thappad” – which translates to a “slap” in English, the film revolves around a happily married couple, whose life hits turbulence after the husband imprints a tight slap across the wife’s face in public.

The promising film that comes with the witty tagline – “inspired by YOU and HER” is set to hit the screens on 28 February. Its newly launched trailer has not dropped from its top slot on Twitter in India.

The trailer gives a glimpse of the core of the story that shows a typical Indian-style dressed Taapsee confronting her on-screen spouse after being slapped while confessing how she just fell out of love with him, and their relationship in that one moment.

The trailer shows different characters trying to take sides in the situation in an attempt to simplify the couple’s tangled equation. The clip also gives a sneak-peek into the toxicity of the conservative mind-sets of people, who are seen trying to defend domestic violence with casual, generic excuses.

Twitter in India has been flooded with love and support for the upcoming movie, perceived as “A collective slap on the consciousness of flawed patriarchal conditioning” in India.

"He hit me for me the first time, but he shouldn't have. Ever."

"Inspired by you and her."

This is 🔥. Really looking forward to this @taapsee #Thappad #ThappadTrailerhttps://t.co/XuPW87K4Ei

What a trailer !!! Its a blessing for any to have a film like #Thappad
in their filmography. Congrats @taapsee for another hit ;)

​However, some netizens, in an attempt to generalise the concept of the movie, labelled the plot “laughable” on Twitter.

The concept of the film is laughable, & media will praise it like anything. End result at the box office would be worst than media hyped #Chhapaak & #Panga . 50 lakh-1 cr opening at max & lifetime below 10 cr. Copy that . #ThappadTrailer #Thappad https://t.co/KaArIGtlsM

Feminist need to understand difference between domestic violence and one slap in rage. #KabirSingh ke time per bhi paglet ho gaye they. #ThappadTrailer

PATHETIC #ThappadTrailer in the name of women empowerment u can't serve anything. 🌟

The movie was directed by ace Bollywood director Anubhav Sinha who has previously delivered blockbuster successes like "Tum Bin", "Ra. One" and "Mulk" among others.