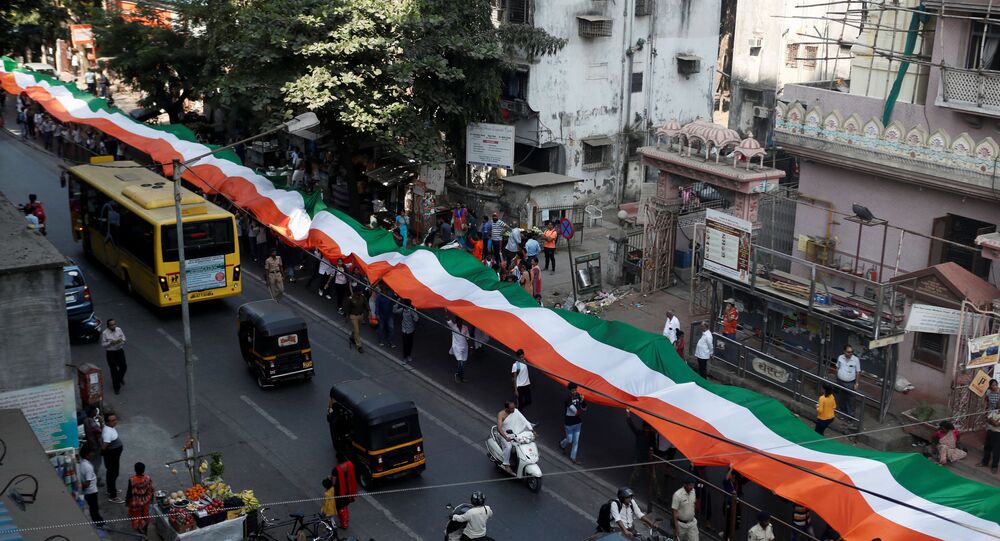 New Delhi (Sputnik): Amid the widespread slowdown in the Indian economy, the government lowered its national income growth forecast for the current fiscal year from April 2019-March 2020 to 5 per cent against the earlier projections of 7 per cent.

A day ahead of the presentation of the national budget, an economic survey prepared by the Indian Finance Ministry has projected the country’s growth in the range of 6-6.5 per cent for the financial year 2020-2021.

According to the economic survey tabled by India’s chief economic adviser K. Subramanian, an uptick in growth is expected during the period of October 2019 and March 2020.

The survey says that the year 2019 was a “difficult year for the global economy”, adding that the “world output growth is estimated to have grown at its slowest pace, of 2.9 percent, since the global economic crisis of 2009”.

Asking the government to go ahead with reforms to achieve growth, the Economic Survey claimed that there is no overestimation in India’s Gross Domestic Product (GDP). Former Indian chief economic adviser who resigned in 2018, claimed last year, that there is an overestimation of about 2.5 per cent for the Indian GDP.

The survey also blamed high food prices for increased inflation and claimed that consumer price inflation will decline by the end of the year.

© REUTERS / ALTAF HUSSAIN
Ahead of Parliament's Budget Session PM Modi Appeals to Lawmakers to Lay Strong Foundation for India
The Indian economy has witnessed a six-year low economic growth rate in the second quarter from July-September of last year: the country's apex banking regulator, the Reserve Bank of India, and the International Monetary Fund have cut down growth projections to 5 per cent from 6.1 per cent projected in October 2019 policy.

Ahead of the presentation of the national budget by Nirmala Sitharaman on Saturday, India is on a sticky wicket as far as revenues are concerned.

The country is likely to falter on both tax as well as disinvestment revenue for the current fiscal year, from April 2019 to March 2020, say officials from the finance ministry.

Meanwhile, India's principal opposition party, Congress, has questioned the GDP projections made in the survey. Questioning the projections, Congress leader Rajeev Gowda said the survey failed to depict the economic realities of the country. "Economic survey is disconnected with the grim reality. India is facing the worst economic situation in the past 42 years. Consumption and employment are at a four-decade low. The survey fails to put a credible roadmap for economic revival," said Gowda.