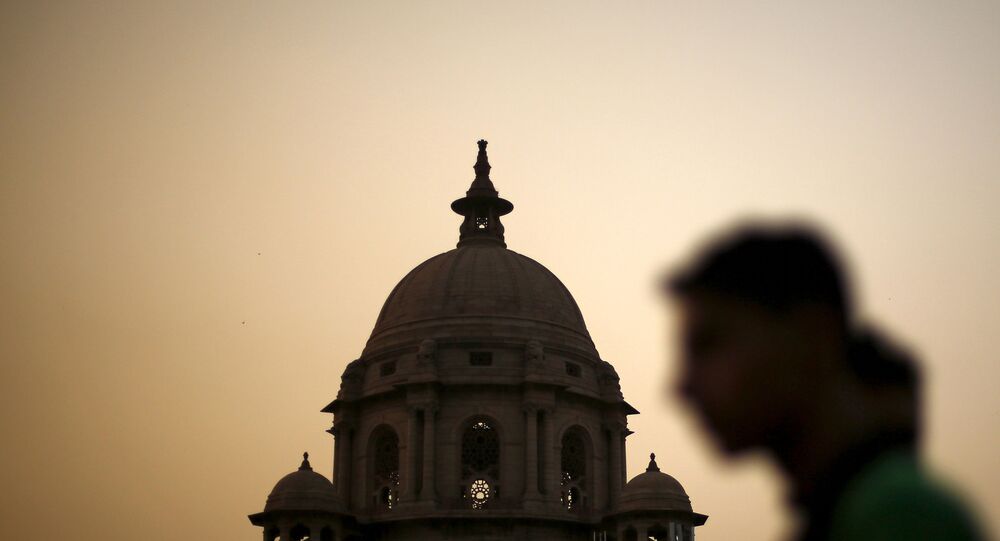 New Delhi (Sputnik): The Indian economy's growth rate witnessed a six-year low in the second quarter (July-September) of 2019; the Reserve Bank of India has cut the year's growth projection to 5 percent from the 6.1 percent projected in October 2019.

In a series of tweets, he described the government as clueless, as he said was reflected in the Presidential Address before the parliament on Friday, which was to became the first policy statement of the government in the New Year.

"I looked for indications on how the government intended to tackle the grave economic slide. Alas, I found none. All that we heard was the tiresome repetition of old slogans and old cliches that have lost all meaning in the last few years," P. Chidambaram, who presented nine national budgets to the country during his tenure as finance minister, tweeted soon after a presidential speech was delivered in India's parliament on Friday.

The President’s Address is the first policy statement of the government in the new year. I looked for indications on how the government intended to tackle the grave economic slide. Alas, I found none.

Nevertheless, President Ram Nath Kovind expressed his firm belief in the foundations of the economy and said that the government is committed to helping India's economy reach its target of $5 trillion.

Kovind also mentioned the number of mobile phone manufacturing units in the country while justifying the claim that India's manufacturing base is growing.

“In 2014 there were only 2 companies making mobiles in India. Today, India is the second-largest mobile manufacturer in the world,” President Kovind said while delivering hour-long speech in the parliament.

But Chidambaram, who is a core member of India’s main opposition party Congress, termed the claim as a repetition of old slogans, without giving any indication about what policy move could put the economy back on track.

Under Narendra Modi, the Indian economy experienced a six-year low in its economic growth rate: in the second quarter (July-September) of last year. The Reserve Bank of India has cut its annual growth projection to 5 percent from the 6.1 percent projected in October 2019.

With dwindling tax receipts, it is very unlikely that public expenditure is in the annual budget – scheduled to be presented on 1 February in parliament - can be met without stretching the fiscal deficit target.

Last year, while presenting the budget, Finance Minister Nirmala Sitharaman had set a target of 3.3 percent of national income as fiscal deficit for the year 2020.

But the government data suggest that revenue collections will fall short by a massive gap in the current year, as corporate tax collection through 15 January stands at $54.5 billion against the target of $108 billion.

Similarly, on the personal income tax front, $46 billion was collected, lagging behind the budget target of $80 billion for 2019-20. These collections suggest that the government has to borrow more money from the market to implement its budget proposals for the year.

It’s Time for India to Refrain from Unrealistic Targets, Say Analysts Ahead of National Budget