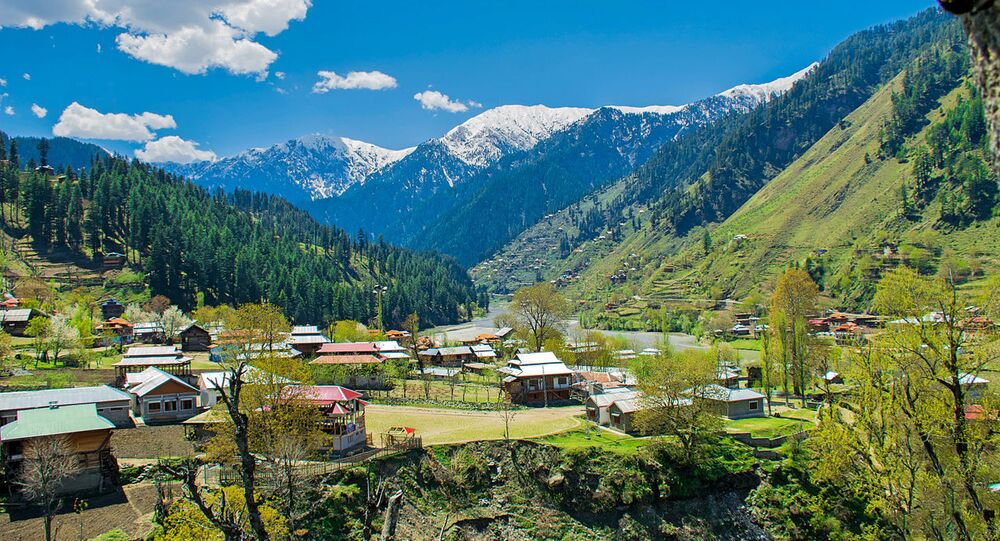 New Delhi (Sputnik): Kashmir has been a bone of contention between India and Pakistan ever since both countries achieved independence from British rule in 1947, with the two countries fighting three wars since then - two of them over the disputed region.

“We have no plans to merge Azad Jammu and Kashmir with Pakistan’s territory, all such reports are presumptions, contrary to reality,” Pakistan Foreign Ministry spokesperson Aisha Farooqui said.

The fragile relationship between New Delhi and Islamabad further deteriorated in 2019 following an attack on Indian security forces by a suicide bomber of the Pakistan-based Jaish-e Mohammad (JeM) militant group in February. India launched a reprisal air strike on 26 February in Pakistan’s Balakot region to destroy alleged JeM camps.

The following day, Pakistan Air Force retaliated, leading to a dogfight, in which an Indian fighter jet was downed.

© Photo : Indian Defence Ministry
Indian Army Chief Claims Situation in Kashmir Improved after Revocation of its Special status
Tensions were further exacerbated as the Indian parliament abrogated Jammu and Kashmir’s seven decades old special status on in August and later divided the region into two federally administered Union Territories – Jammu and Kashmir, and Ladakh, bringing them under the direct control of the Central Government.

Fearing violent protests and provocation by local politicians to agitate against the Indian parliament’s decision over special status, the Narendra Modi government imposed certain restrictions while suspending Internet connectivity along with social media in the Kashmir Valley. Most of the key politicians of Kashmir were put under custody or house arrest in apprehension of political protests.

Amid reports of Kashmir restrictions impacting the local population due to months long curfew conditions and Pakistan raising the human rights of Kashmiris at various international forums, India has since gradually relaxed a lot of restrictions in the region.