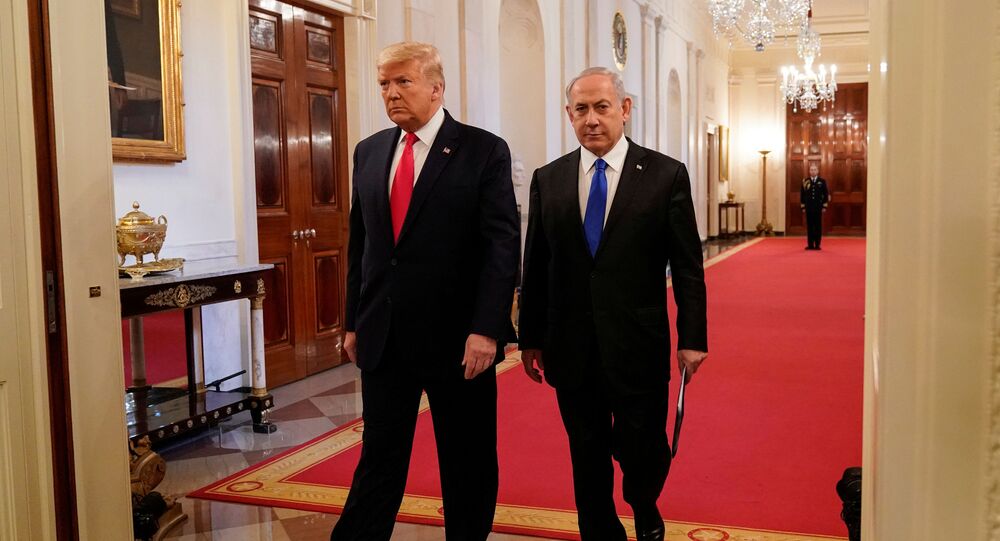 New Delhi (Sputnik): India has stated that the two-state solution for the territorial dispute between Israel and Palestine is an integral part of its foreign policy, while Pakistan has consistently supported the right of the Palestinian people to self-determination.

India and Pakistan on Wednesday came out in support of the Middle East peace plan proposed by US President Donald Trump. The proposal stipulates Jerusalem as the undivided capital of Israel and Palestine as an independent state.

India’s Foreign Ministry said on Wednesday that New Delhi has been consistently supportive of the Palestinian cause and has called for a two-State solution to the Israeli-Palestinian issue.

“We reiterate our view that final status issues should be resolved through direct negotiations between the two and be acceptable to both (Israel and Palestine). We urge both parties to engage on issue, including proposals put forward by the United State,” the ministry’s spokesperson Raveesh Kumar said.

Pakistan also backed the US government’s peace plan for the Middle-East.

“Pakistan continues to support a just and lasting solution of the Palestinian issue, through dialogue and negotiations, that leads to the realization of the legitimate rights of the Palestinians, including the right of self-determination,” the Pakistan Foreign Office said.

Pakistan also reiterated its support for a two-state solution, saying that a “viable” and “independent” state of Palestine should be established on the basis of parameters agreed upon by international platforms.

New Delhi previously co-sponsored the draft resolution on “the right of Palestinians to self-determination” and voted to support it during the 53rd session of the United Nations General Assembly (UNGA).