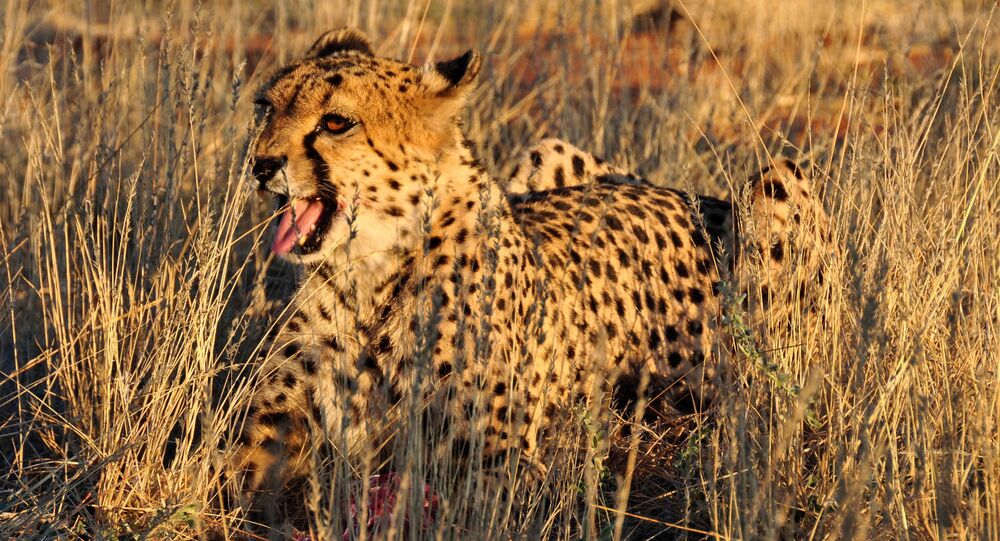 Supreme Court Allows Reintroduction of Cheetahs From Africa in India

New Delhi (Sputnik): The Indian environment ministry in 2009 had conceived a £35million plan to relocate African Cheetahs from Namibia to the central Indian state of Madhya Pradesh. The extinct species were once found on the Indian subcontinent up to Iran and Afghanistan. However, in the 1950s, they were wiped out following hunting drives.

After nearly a decade-long struggle in which it declined the reintroduction of the cheetahs from Africa, as they were a foreign species – India’s top court on Tuesday, allowed their reintroduction in the Madhya Pradesh Kuno Wildlife Sanctuary or any other part of India, following a detailed study.

The Supreme Court said it would monitor the relocation of African cheetahs from Namibia to India and a three-member committee will submit a report to it every four months.

The court had decided to review its 2013 decision after the Madhya Pradesh government wrote to the National Tiger Conservation Authority (NTCA) to revive the project in 2018.

The NTCA has said that all the potential sites found feasible for reintroducing cheetahs will be reassessed and an action plan will be developed for taking the required measures, before the introduction campaign.

The Tiger Conservation Authority also claimed that the International Union for Conservation of Nature (IUCN), which provides input to governments and institutions on biodiversity, climate change and sustainable development, has given no objections to the translocation.

After the last spotted cheetah in India died in 1947, the animal was declared extinct in the country since 1952.

Coming in Hot: Hungry Kitty Zooms in for Food