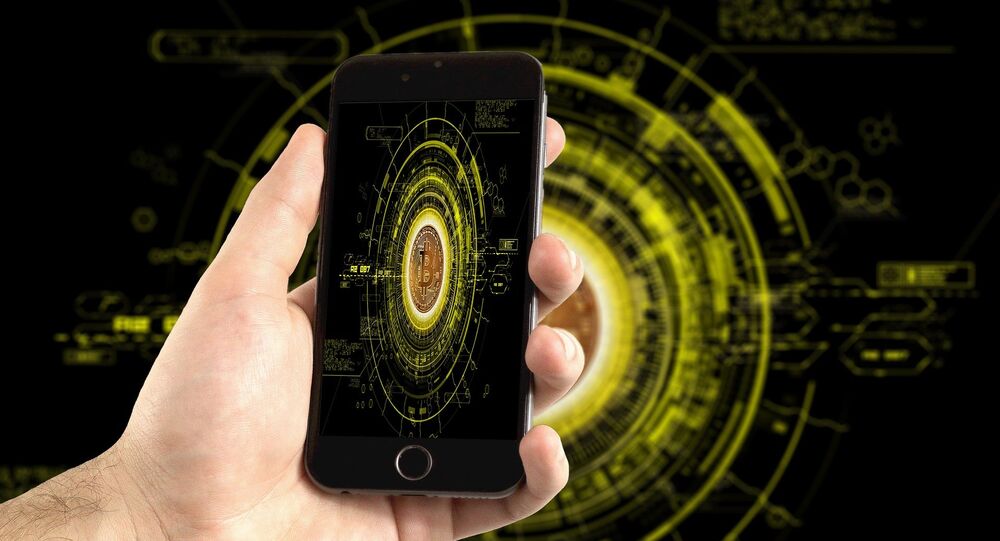 New Delhi (Sputnik): Blockchain technology has emerged as a top focus of interest in India, which hopes that the innovation will improve the lives of its citizens.

On Tuesday, the National Institute for Smart Governance (NISG) - a government promoted public-private body - submitted its first draft of India's future Blockchain policy and invited comments and suggestions from experts and stakeholders.

"India will be one of the leading countries in the world in innovation, education, commercialisation, and the adoption of Blockchain technology in the private and public sectors by 2025.  We first discuss the value proposition of this technology and motivate potential sectors in the economic networks wherein this technology may be value enhancing," NISG said in its Blockchain policy proposal.

In July, 2019, NISG was assigned the task of preparing a Blockchain policy for India by the National e-Governance Division (NeGD) under the federal Ministry of Electronics and Information Technology (MeitY).

"The mission of the National Strategy on Blockchain is to provide a set of policy frameworks to proactively facilitate integration of Blockchain technology with the existing economic ecosystem by implementing appropriate legal as well as regulatory architecture," NISG's proposal explained.

Headed by Professor Shivendu S, the policy proposal is intended to create a structure that supports the relatively secure Blockchain technology for daily tasks performed by both citizens and government agencies. The document lists industrial use-cases of Blockchain in finance, manufacturing, health care, telecom, education and digital identity management.

Since Blockchain is also used for cryptocurrency-based transactions, in its draft, the NISG has suggested that the Reserve Bank of India (RBI) must roll out a special "Central Bank Digital Rupee (CBDR)" that would support non-government applications monitored over a public permissible Blockchain system.

Several government agencies in India have already started exploring multi-use cases of Blockchain technology. For instance, the Telengana state government is exploring the use of Blockchain for its Motor Vehicle Department to track the life-cycle of a vehicle -- from its manufacturing to the end of its warranty period.

The NISG decided to finalise the policy after due consideration of critical comments and discussions with the stakeholders.

"Along with NeGD, NISG will be conducting stakeholders meet (conferences/workshops) at select cities in India, to drive deeper discussion and draft a path to value creation through Blockchain for the Indian economy. These stakeholder conferences will help define the eco-system for this emerging technology in India," the public-private body added.