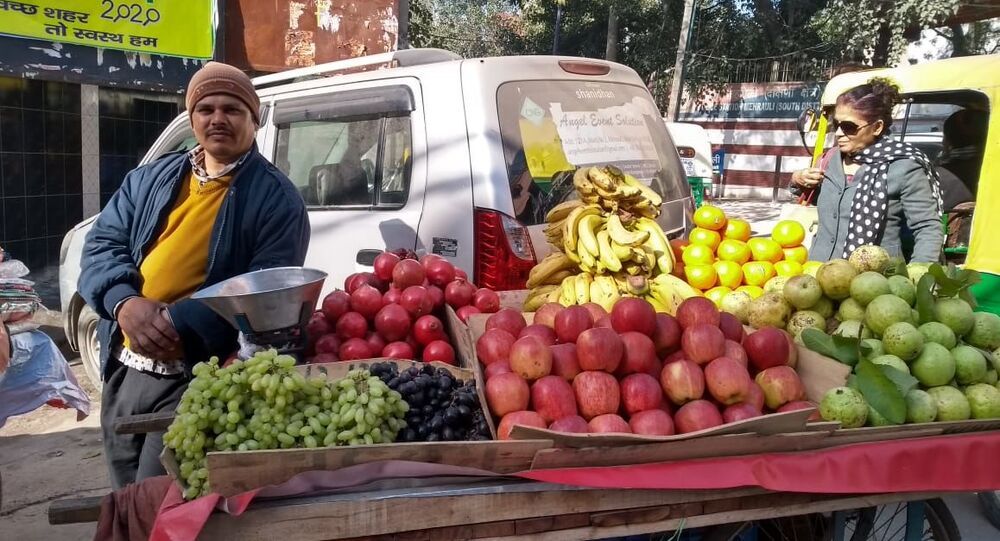 New Delhi: In 2013, the Supreme Court prohibited municipal authorities and the police from evicting or extorting street vendors until they are registered under a survey and authorised vending zones are created. However, little progress has been made in this direction.

As election fever is gripping Delhi residents, a section of vendors on a busy street in South Delhi is indifferent about exercising their democratic right. Many of them feel the polls don’t matter to them because after every election government authorities uproot them for selling articles along the roadside.

These non-licensed street vendors, who survive by selling vegetables, fruit, tea or snacks, find they've been left to fend for themselves.

Such vendors living in Delhi’s Mehrauli area want politicians to feel what hurts and discourages them from voting in elections.

They say they were forced out of the place despite selling fruit and other utilities here for the last 20-30 years. The fear of being further shunted aside continues to persist among them, making them less than enthusiastic about participating in upcoming polls for the Delhi State Assembly on 8 February.

These vendors say they spend the majority of their time hiding from the police to sell their meagre wares for a few rupees or find a better place to sell goods.

Radha Devi (not her real name), who has been selling clothes for the past 20 years, says she is not able to carry out her routine for the past 18 months. “If we don’t earn, how are we supposed to raise our children", she asks.

Devi claims the Municipal Corporation of Delhi (MCD), governed by the city’s main opposition party Bharatiya Janata Party (BJP), took away her cart, leaving her compelled to use a borrowed one for the time being. “If we go to get our carts back, they demand a hefty sum".

Asked about her preferred party this time, she said: “We don’t know. If they (the government) let us work we will stay here, otherwise, I’ll go back to my native village. I urge them to let us earn and live. This is our only source of livelihood".

A 70-year-old fruit vendor was reluctant to speak about the issue, saying: “They won’t let us work here if I say anything". As emotions overshadowed reluctance, he said: “There used to be a full-fledged fruit market here but they uprooted it".

The vendors claimed they've spoken to the locality’s incumbent Member of the Legislative Assembly (MLA) Naresh Yadav, who is in the fray once again. But he says this is under the jurisdiction of the municipal authorities and not under his authority. 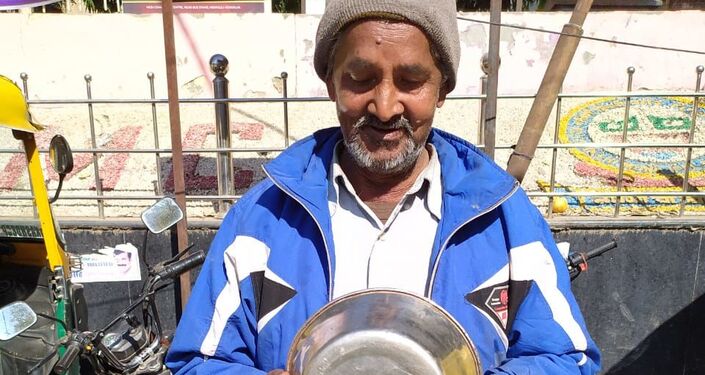 Aarti Yadav of the BJP is the local municipal councilor for such local issues.

But for local vendors, who do not understand the nuances of politics, the elections and politicians are a larger expression of dashed hopes and unfulfilled promises.

Another vendor, requesting anonymity said that street hawkers approached Yadav over the issue and were assured of action. But it’s been over four months and no favourable action is visible.

“Elections are ahead, that’s why they are not troubling us much right now, otherwise they don’t let us stand here even for a minute". he said.

Yadav told Sputnik it was actually the Delhi Police that wanted the street to be vacated for pedestrians and hassle-free vehicular movement on roads for commuters.

She added even nearby municipal schools complained about traffic snarls on the road, all this was the reason behind asking the street vendors to move out.

Asked about any rehabilitation programme undertaken by the municipal body, she said that the vendors did not have a license as is required for such a process.

The ordeal of street vendors does concern only one constituency but Delhi. There are around 300,000 street vendors in Delhi. According to the MCD, 125,000 are registered (licensed).

Omdutt Sharma, a member of a vendors’ association, demanded a judicial committee on the issue to swiftly resolve the issue.

“Almost around elections, Delhi Chief Minister Arvind Kejriwal remembered setting up the Town Vending Committees, as per a supreme court order, to provide legal protection to street vendors. He assured us that the survey would be conducted and vendors will be registered and allotted vending zones, however, no steps have been taken in this direction".

The Delhi government set up 28 town vending committees comprising nominated officials in September 2019 and a deadline for the survey was set to one month after setting up the committee.

On International Street Vendors Day on 14 November, hundreds of vendors participated in a march organised by the Street Hawkers’ Union of Delhi demanding legal protection as per the law to prevent extortion, harassment, and eviction by police and municipal authorities.