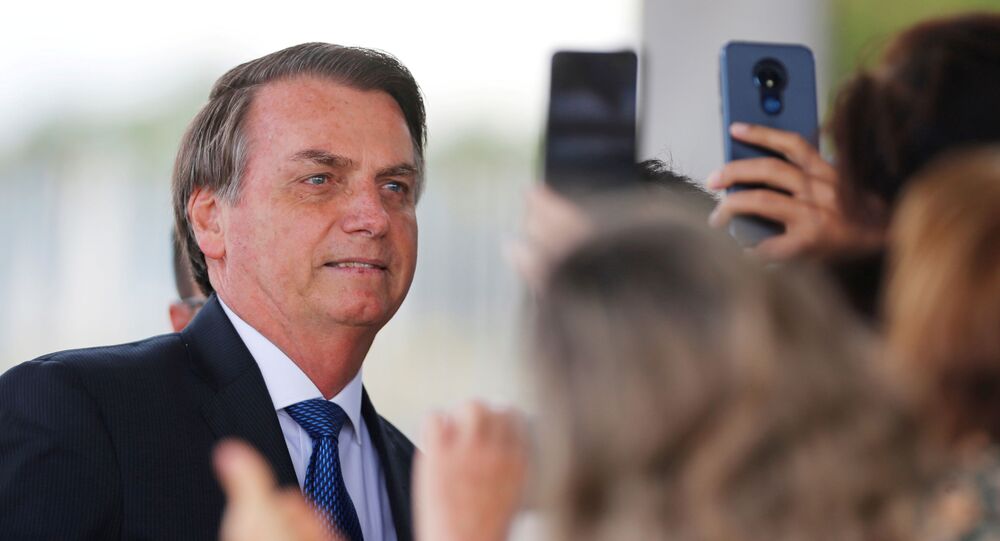 New Delhi (Sputnik): As India gears up to commemorate its 71st Republic Day on 26 January, Brazil's Ambassador to India Andre Aranha Correa Do Lago said on Wednesday that both countries are determined to take their rich bilateral relationship to new heights through the signing of 15 significant pacts during President Bolsonaro’s visit.

Brazil President Jair Messias Bolsonaro arrived in India on Friday on a four-day state visit. He will be the chief guest at the country’s Republic Day Parade to be held on Sunday.

The visiting President of the Latin American country is accompanied by a large business delegation, eight ministers and four members of the Brazilian Parliament.

On Saturday, Bolsonaro is scheduled to meet Indian Prime Minister Narendra Modi and hold discussions to strengthen ties in the agriculture, energy and Defence sectors, followed by a signing of agreements between the two countries.

Among the 15 agreements that both countries are reportedly about to sign, those signed in the oil and natural gas sector and Strategic Partnership Action Plan are going to be major highlights of it.

“Both sides will work towards establishing cooperation in the exploration and production initiatives … and explore collaboration in Liquefied Natural Gas (LNG) projects in Brazil, India and third world countries,” a statement issued by the Government of India said on Wednesday.

This may line up an array of opportunities for Indian firms eyeing to invest in Brazil.

According to India’s Ministry of External Affairs, Brazil remains one of the most important trading partners for India in the entire Latin America and Caribbean region.

In 2017, bilateral trade between the countries increased to $7.6 billion, a 37 per cent growth, the highest among Brazil’s top 10 trading partners.