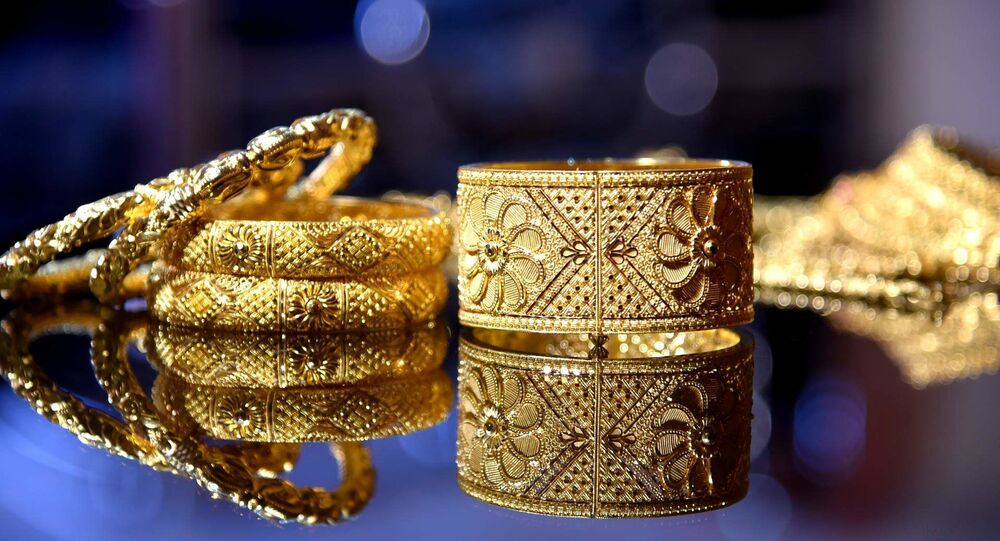 New Delhi (Sputnik): Indian tax authorities conducted a raid on the premises of a leading luxury hotelier in New Delhi in a tax evasion case, as well as on those of an aide to the hotelier on Monday.

On Friday, tax officials revealed, they had found a huge cache of gold ornaments worth $3 million (approximately INR 220 million) from the premises of Jyotsna Suri, Managing Director of Bharat Hotels that owns the Lalit Hotel chain in New Delhi and her close aid Jayant Nanda.

“During the raids conducted on Monday, we managed to find jewellery worth $3 million approx. (Rs 220 million) while also recovering cash worth $1,00,978 (Rs 2.2 million). There is a big case of tax evasion and an investigation is still underway", said a senior income tax official without disclosing the scope of the evasion.

Officials searched as many as 12 premises of establishments owned by Jyotsna Suri on Monday.

Suri took over as the Chairman and Managing Director (CMD) of the Bharat Hotels group in 2006 after the death of her husband and hotelier Lalit Suri. In the past, she was also the Chairman of the Federation of Indian Chambers of Commerce and Industry (FICCI), a major industry association in India.

The raids followed a decision by the federal Finance Ministry to give tax authorities a free hand to mop up a huge gap in revenue collection. The ministry had also directed tax officials to address "tax scrutiny" cases that have the potential to generate revenue by 31 January.

The income tax department, during a meeting held in western Mumbai earlier in January had directed its officials to identify the top 100 cases of suspected tax evasion and initiate action against them.

All That Glitters Is Not Gold: India’s Yellow Metal Rationing Plan to Have Heavy Tax Component