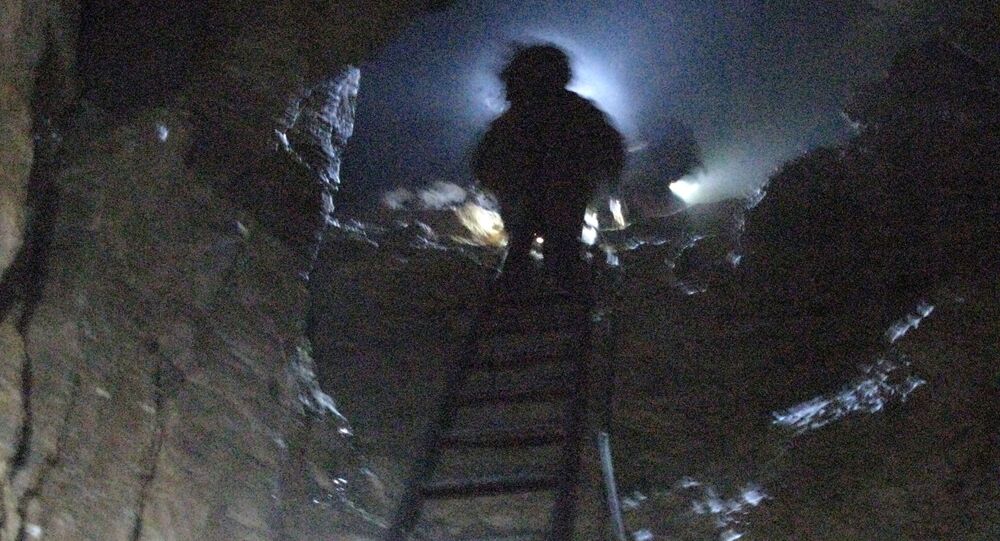 Ghost in the Town? Residents of Indian Locality Spooked Out by 'Paranormal' Ladder

New Delhi (Sputnik): The exotic land of India has always been associated with mysteries, stories, myths, and fantasies. The modern tech-age, no matter how progressive, has failed to dampen what feels like a sorcerer’s charm on India.

Many residents from the Mahagun society in India’s Greater Noida are freaking out after a video of a ladder "moving" on its own has been captured from a basement zone.

In the 29-second video clip, a mobile ladder can be seen taking baby steps on its own.

Since the video went viral, residents have stopped using the basement, which was meant to be used a parkng lot, because they suspect paranormal activity.

“Such things are not normal and have never happened earlier. We were scared after watching the video. I surely won’t be going to the basement from now on like the others. Residents have strictly prohibited their children from going to the basement as well. We are parking our cars outside the society gate", said Vipin Malhotra, a resident of Mahagun Mywood soceity .

However, some are unfazed by the incident, laughing it off as magic.

“I do not believe in ghosts. I believe someone is trying to scare us by doing these magic tricks", said Vishesh Jain, another resident.

While the unusual incident remains a mystery, the video clip has definitely created a stir amongst the society’s residents.

In December, Uttar Pradesh’s Banaras Hindu University became the first major institution to introduce a subject dealing with the paranormal. The six-month certificate course on “Bhoot Vidya” (study of ghosts) for the department of Ayurveda, a traditional Indian branch of medicine, was to start in January.

The department said the subject deals with the treatment of abnormal psychological conditions that many believe are caused by unknown reasons.

Belief in the Paranormal: 'People's Thinking is Quite Idiosyncratic' - Scholar