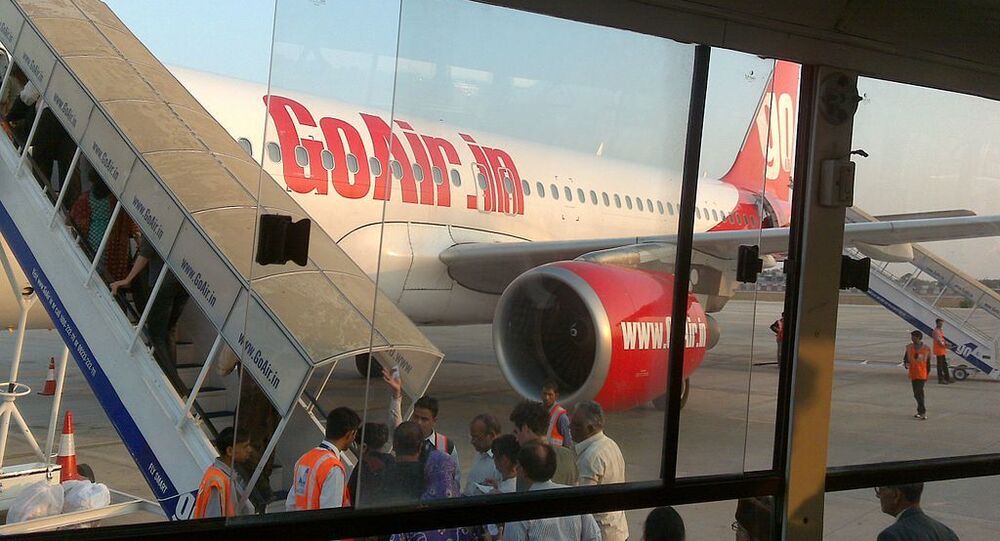 New Delhi (Sputnik): India’s no-frills carrier GoAir cancelled more than 40 flights last December due to delays in delivery of aircraft from Airbus. The Indian civil aviation regulator had set a deadline to replace the faulty engines in Airbus A320 Neo aircraft.

Indian low-cost airline GoAir has decided to suspend several flights, as Airbus and American engine maker Pratt & Whitney have informed the carrier of a delay in the delivery of planes and engines. The airline said it had undergone an unplanned grounding of aircraft in last four weeks.

"Now, we have been informed by our business partners Airbus and Pratt & Whitney of their inability to deliver previously promised aircraft and engines through 9 March 2020 required to support our current growth,” the Indian carrier said on Thursday.

GoAir had placed an order for 144 Airbus A320Neo aircraft and experienced delivery delays in November and December as well.

"As a result, we have been forced to temporarily suspend certain flights that are part of our network, schedule and open for sale," GoAir said in a statement.

In November, India’s Aviation Watchdog, the Directorate General of Civil Aviation (DGCA) ordered the country’s biggest airlines IndiGo and GoAir to replace the engines on their A320Neo fleet of 97 aircraft by January 31 "at all costs" or face grounding.

The regulator later extended the deadline for four months on the condition of use of new planes for new routes or additional frequencies.