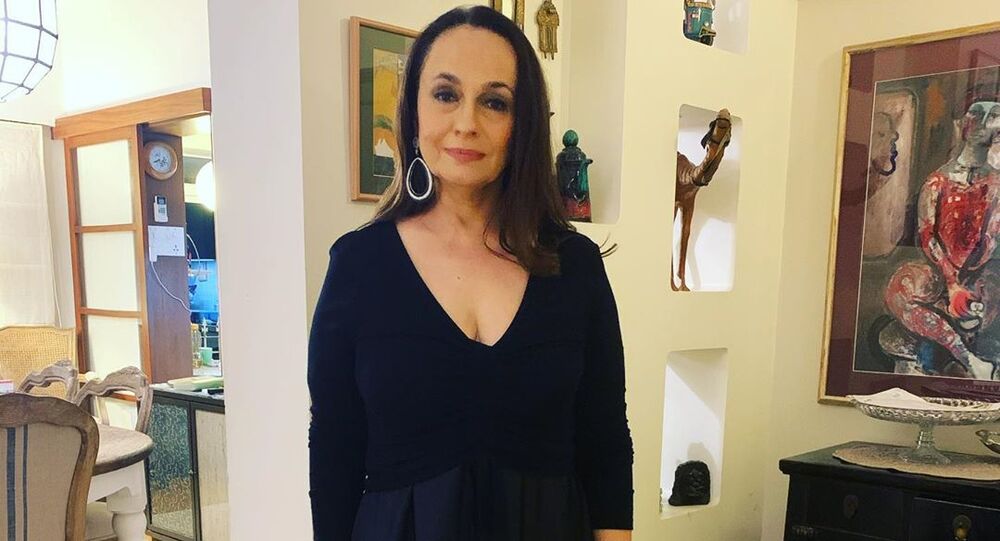 Bollywood' Soni Razdan Questions Terrorist Afzal Guru's Hanging, Asks Why Was He Made a Scapegoat

New Delhi (Sputnik): Afzal Guru was arrested and found guilty for taking part in an attack on parliament on 13 December that left 14 dead including five terrorists.  He was given the death sentence and executed but many people claim that he did not receive sufficient legal support.

Veteran Bollywood actress Soni Razdan, wife of acclaimed filmmaker Mahesh Bhatt and mother of Bollywood star Alia Bhatt, has questioned Afzal Guru’s hanging, asking why he was made a "scapegoat”?

“This is a travesty of justice. Who is going to bring back a man from the dead if he is innocent. This is why the death penalty is not to be used lightly. And this is why there also needs to be a solid enquiry into why Afzal Guru was made the scapegoat,” tweeted Soni alongside an article in an Indian publication, The Print that spoke about a letter sent by Guru which states how Davinder Singh tortured him and told him that he had to do small job for him.

This is a travesty of justice. Who is going to bring back a man from the dead if he is innocent. This is why the death penalty is not to be used lightly. And this is why there also needs to be a solid enquiry into why Afzal Guru was made the scapegoat https://t.co/UUVV2Z9UGU

Jammu and Kashmir police officer Davinder Singh was charged with accompanying three terrorists in a vehicle. Singh was named by Afzal Guru in a letter that he wrote from Tihar Jail to his lawyer Sushil Kumar.

In another tweet Soni says that  “Why did no one take his allegations about Davinder Singh seriously. That’s the travesty.”

No one is saying he is innocent. But if he was tortured and then ordered by his torturer to do what he did isn’t that what needed to be fully investigated ? Why did no one take his allegations about Devinder Singh seriously. That’s the travesty. https://t.co/PBRhz1gGBg

According to media reports, 18 years ago on 13 December, terrorists of the Lashkar-e-Taiba (LeT) and the Jaish-e-Mohammed (JeM) attacked the Parliament complex and opened fire, killing nine people.