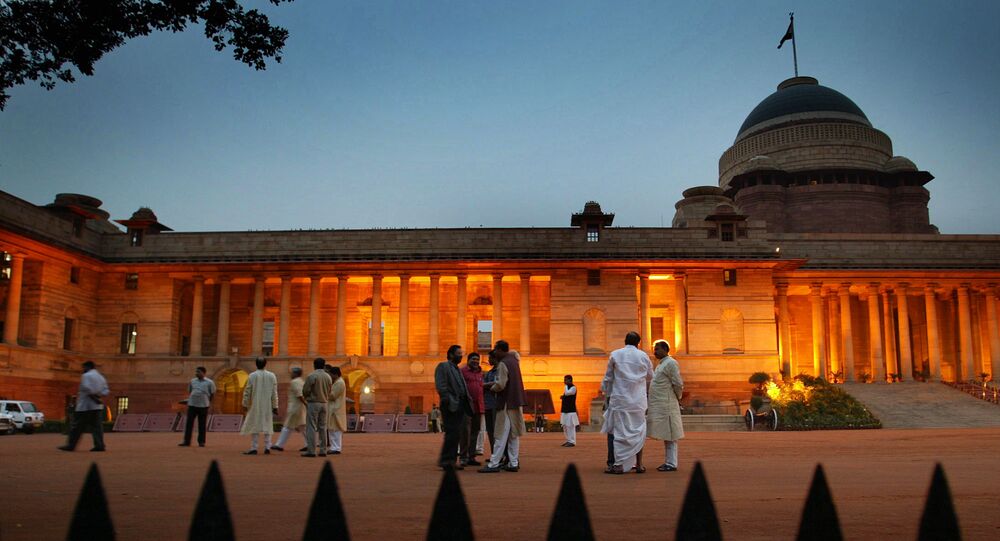 New Delhi (Sputnik): The Delhi Assembly elections are to be held on 8 February, and the votes will be counted three days later on 11 February. The elections will be held at 13,750 polling stations, involving 14,692,136 electors.

Some 852 candidates have joined the race to become a part of 70-member Delhi State Assembly.

New Delhi is set to witness basically a tough triangular fight among the city’s ruling Aam Aadmi Party, the Bharatiya Janata Party and the Congress Party in the assembly elections next month.

The BJP was expected to field a fresh candidate against Delhi Chief Minister Arvind Kejriwal.

Sources in the party had told Indian news agency ANI that Sunil Yadav, the BJP candidate would be replaced. But later the party said that Yadav would stand against Kejriwal. The Congress candidate is Romesh Sabharwal.

After announcing an alliance, BJP left two out of the remaining three seats for Janata Dal United (JDU) and one for Lok Janshakti Party (LJP).

In the triangular fight, despite having seven seats in Parliament from Delhi, the BJP has not been able to win the Delhi assembly since 1998. Opinion polls indicate that Aam Aadmi will find it difficult to retain its 67 seats.