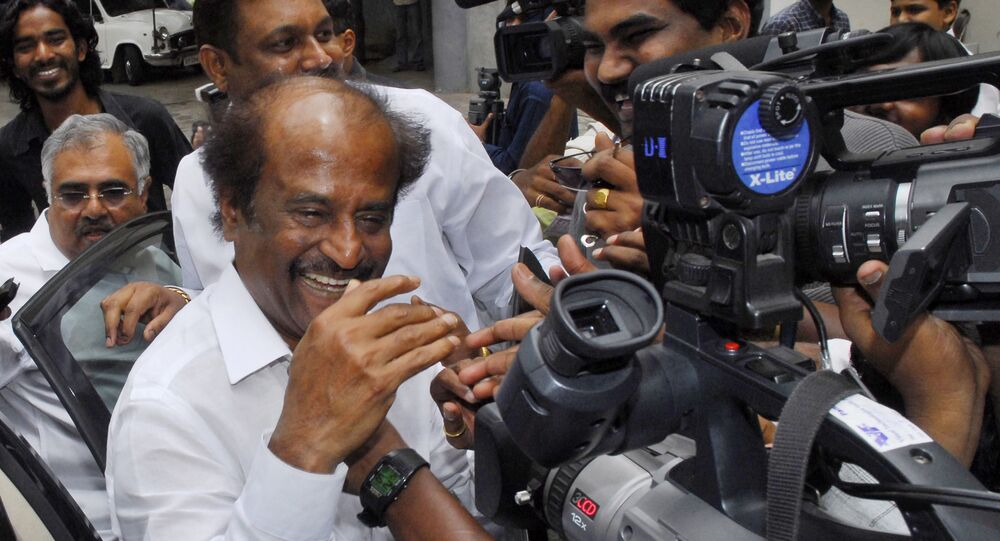 New Delhi (Sputnik): On 14 January, Rajnikanth, participating in the 50th anniversary-cum- readers' connect event of the Tamil language magazine 'Thuglak', was lampooned by the public in Tamil Nadu for accusing Ramasamy of leading a rally in 1971 alongside naked posters of the mythological King Lord Rama and his Queen Sita.

The reaction was triggered by Rajnikanth countering his critics on Tuesday by saying he saw no reason to apologise for his 14 January comment made at an event to mark the 50th anniversary of the founding of the Tamil language magazine 'Thuglak'.

In a highly debated remarks, the actor rubbished 20th century politician Ramasamy’s (popularly called ‘Periyar’) credentials as a champion of rationalism and anti-superstition, Rajnikanth had said the letter had led a rally of his supporters alongside nude posters of mythological King Ram and Queen Sita in 1971.

Periyar, he said, was leading a rally after attending a superstition eradication conference in Salem city in 1971.

Rajinikanth on protests over his remarks on E.V. Ramasamy 'Periyar': I did not make up what I said, there are even published stories in media on it,I can show them. I will not apologize pic.twitter.com/fjmA7jToz5

​Widely regarded as the ‘Father of the Dravidian Movement’ in Tamil Nadu, Ramasamy spent most of five decade long career as a rationalist, social activist and politician (1919-1973) fighting against caste-based discrimination and superstition in India.

He was also a vocal opponent of Hinduism, the Hindi language, Hindu rituals and discrimination; concluding that Hinduism was nothing but a philosophy used by India’s high caste Brahmin community to exploit other under or less privileged sections of society, including non-Brahmins, Dalits (backward class), Communists, Tamil nationalists and feminists.

The Dravidian Nationalism movement was founded in the early part of the 20th century (1916). It was and continues to be based on three ideologies -- dismantling of Brahmin hegemony and revitalisation of Dravidian languages (Telugu, Kannada, Malayalam and Tamil) and promotion of social reform by abolishing existing caste systems, religious practices and ensuring an equal position for women in society.