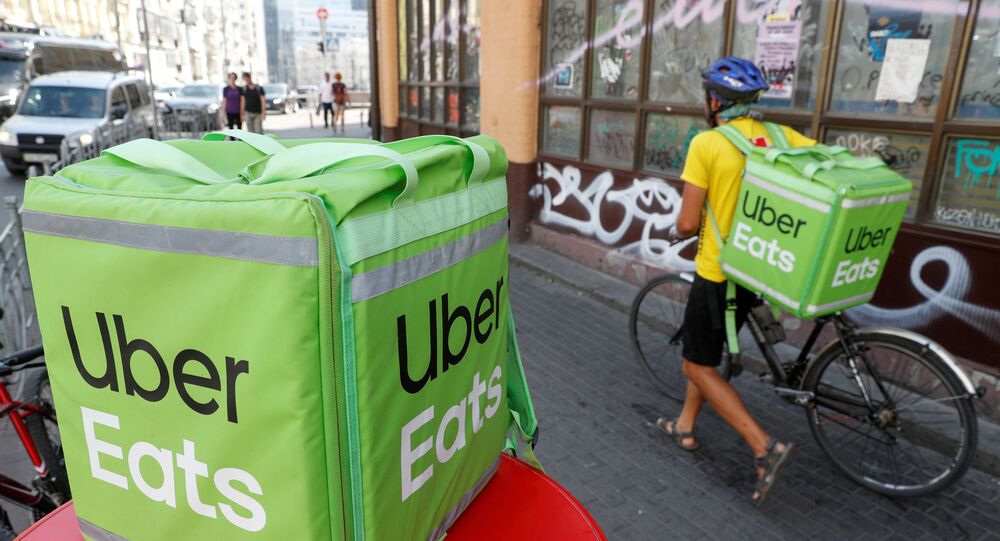 New Delhi (Sputnik): After over a year of rumours, UberEats has eventually succumbed to the pressures of competition in India. Uber has discontinued operations of its online food delivery business after two years, failing to establish a strong footprint on the Indian market.

India’s own online food ordering and delivery platform Zomato on Wednesday announced that it had acquired UberEats in India, along with all of its delivery partners, restaurants and users.

Zomato has acquired Uber’s India-based food delivery business in an all-stock transaction, which gives Uber 9.99 per cent ownership in Zomato, which claims to have over 80 million active monthly users across 24 countries and 10,000 cities.

The news comes after UberEats recorded a negative revenue of 762.5 crores between July-December 2019.

“India remains an exceptionally important market to Uber, and we will continue to invest in growing our local Rides business, which is already the clear category leader,” said Dara Khosrowshahi, CEO, Uber.

With the acquisition of UberEats, Zomato’s market footprint is expected to increase to 55 per cent.

“This acquisition significantly strengthens our position in the category,” said Deepinder Goyal, Founder and CEO, Zomato.

According to media reports, over 200 UberEats staff members are unaware of their job status because their positions no longer exist. It is being speculated that these employees will be re-located to other Uber verticals operating in the country.

In July 2019, Raj Beri, Head of UberEats in the Asia-Pacific region had revealed that the demography that had 1.5 million food choices on UberEats used the platform more than in any other part of the world. At that time, UberEats also left rumours about its acquisition by another Indian food delivery platform, Swiggy, unaddressed.

Back then, Jason Droge, the Global Head of UberEats, revealed that their business in India rose by 50 per cent month-on-month in 2017, when the platform was introduced in the country.

India had then emerged as the fastest-growing market for UberEats in the world.

According to German online statistics portal Satista, the revenue in the online food delivery sector in India is expected to reach $9,207 million in 2020 with an annual growth rate of 9.5 per cent.