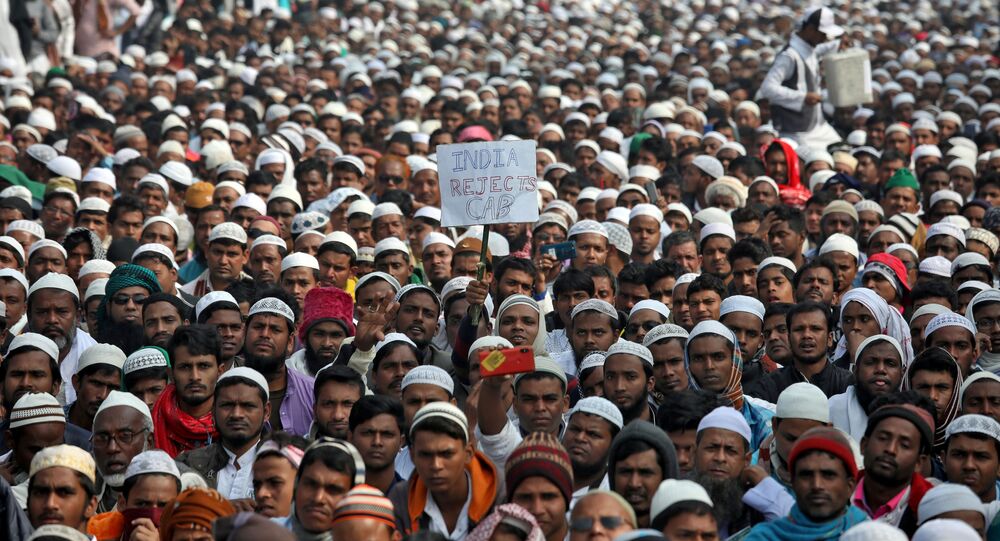 New Delhi (Sputnik): The new Citizenship Law passed by the Indian Parliament in December saw widespread protests across the country. The northeastern states and West Bengal saw a series of flare-ups that pitted protesters against law enforcement. A total of 25 people have lost their lives in protests against the new law across the country.

A Bharatiya Janata Party (BJP) leader from eastern West Bengal, who last month questioned why Muslims have been left out from the purview of the Citizenship Amendment Act (CAA), has now called for a modification to the law.

Vice President of BJP’s West Bengal unit Chandra Kumar Bose said in a tweet on Monday, “I have suggested my party leadership that with a little modification, the entire opposition campaign will fizzle out. We need to specifically state that it is meant for persecuted minorities.”

“We should not mention any religion. Indian parliament enacted the Citizenship Law in December, which allowed Indian citizenship to persecuted minorities from Pakistan, Bangladesh, and Afghanistan,” said Bose.

Immediately after India's parliament passed the legislation in December 2019,  Bose had questioned the exclusion of Muslims from the wording of the new law. “If the Citizenship Act is not related to any religion, why are we stating - Hindu, Sikh, Boudha, Christians, Parsis & Jains only! Why not include Muslims as well? Let’s be transparent,” he had said.

The law conspicuously left out Muslims, which has angered several opposition parties and civil rights activists. Prime Minister Modi, however, asserted the “law gives citizenship and is not snatching it from anyone”.