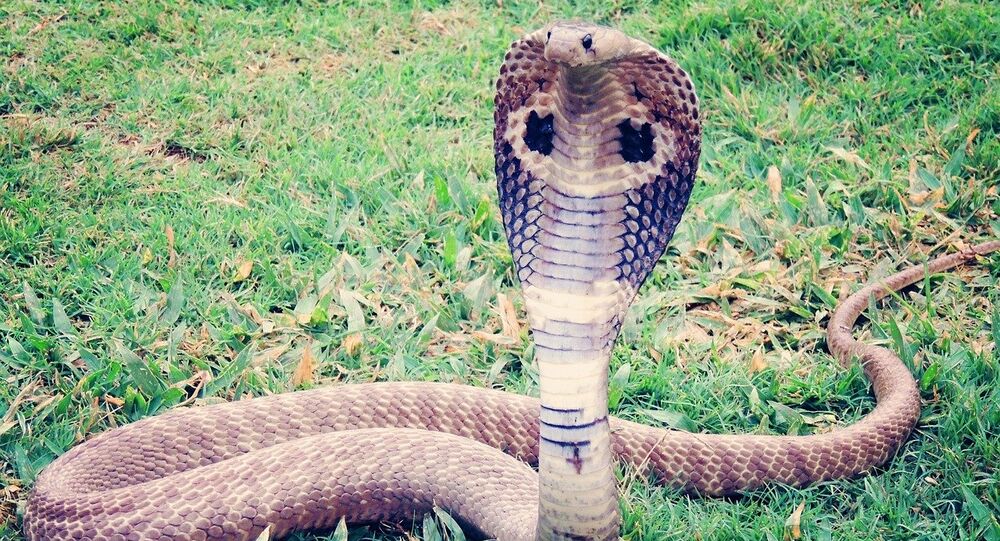 New Delhi (Sputnik): A snake was found slithering in the washroom of a girls' hostel at a university campus in Coimbatore city in India’s Tamil Nadu state on Saturday. The incident led girls in the residence to call out for help.

The incident on Bharathiar University campus, where a snake appeared to get into the bathroom of a hostel, has resulted in netizens having a hilarious field day and using the incident to vent their objections against those people supporting the Indian government's recently passed contentious Citizenship Amendment Act (CAA), the ANI news agency reported.

​Some netizens took humorous potshots at India’s governing Bharatiya Janata Party (BJP) and its student wing, the Akhil Bharatiya Vidyarthi Parishad (ABVP), for their roles in the ongoing protests over the contentious Citizenship Amendment Act (CAA) passed by the Indian parliament on 12 December 2019.

​Some said it was not a cobra that had entered the girls’ hostel, but a rat snake, while others issued a humorous appeal to call in survival instructor and wildlife enthusiast Bear Grylls.

There were other humorous responses to the episode

​Coimbatore’s Bharathiar University, it may be recalled, was at the heart of the ongoing CAA protests last month when local police detained 17 of its students as they tried to block the path of a convoy of cars ferrying Banwarilal Purohit, the governor of the state of Tamil Nadu, who was to attend a convocation ceremony at the university.

11 of the 17 students who were detained were girls. They were expressing their solidarity with students of Jamia Millia Islamia and Jawaharlal Nehru Universities in New Delhi and Aligarh Muslim University in Aligarh city who were assaulted by police for protesting against the CAA.

India has witnessed widespread demonstrations in favour of and against the controversial citizenship law enacted by Indian parliament in December 2019, allowing citizenship rights to several persecuted religious minorities from Afghanistan, Bangladesh and Pakistan, while barring Muslims.

India's main opposition party, Congress, has been leading the anti-CAA and National Register of Citizens (NRC) protests in the country, while the BJP-led federal government has consistently clarified that no citizen of India has to fear the new law or the NRC.