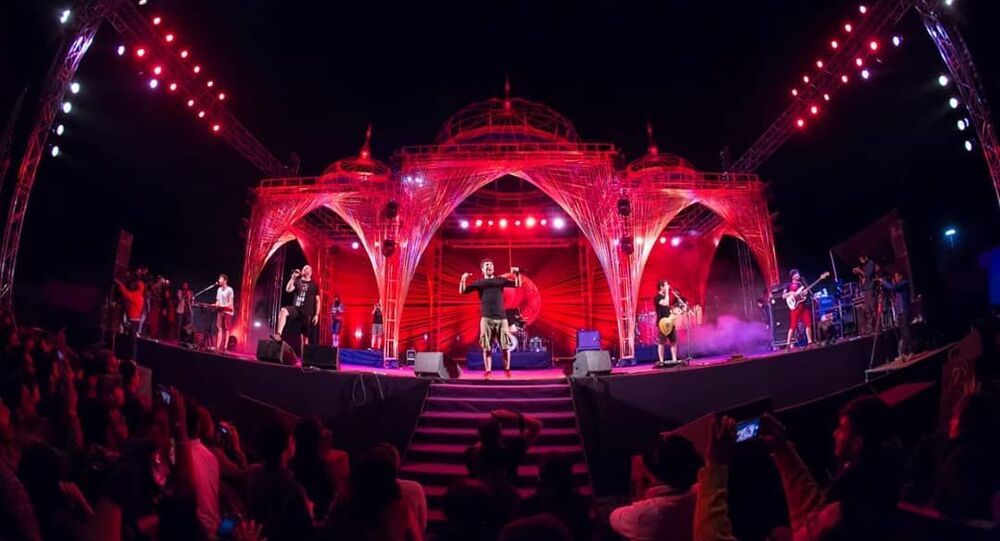 New Delhi (Sputnik): With a footfall of over 50,000 people every year, the Udaipur World Music Festival is one of the biggest performing arts attractions in India. The cultural event takes place in Udaipur, known as the “City of Lakes”, in western Rajasthan state and sees an amalgamation of artists from around the globe performing on one platform.

This year, the three-day Udaipur World Music Festival will be held from 7 February with the theme “We are the World: Unity in Diversity”.

More than 150 renowned musicians from over 13 countries, including Spain, France, Switzerland, Iran, Lebanon, and Portugal, besides India, and many more will provide some magical gala performances.

The festival is known for featuring live performances and celebrates cultural diversity at its best.

“It is the time of year when music from across the globe sets its feet in India and presents a unique amalgamation of culture, tradition, language and thoughts. We are elated to bring the fifth edition of this unique and most awaited music festival to music lovers where one can enjoy all genres of music”, said Sanjeev Bhargava, the organiser of the event.

Udaipur is known for its artificial lakes and lavish royal palaces. Formerly the capital of the princely Mewar rulers, the imposing City Palace, overlooking a vast lake, comprises 11 individual palaces and is famed for its intricate peacock mosaics.

Udaipur is also a famous destination for weddings of celebrities like Priyanka Chopra and Nick Jonas, as well as Deepika Padukone and Raveena Singh.