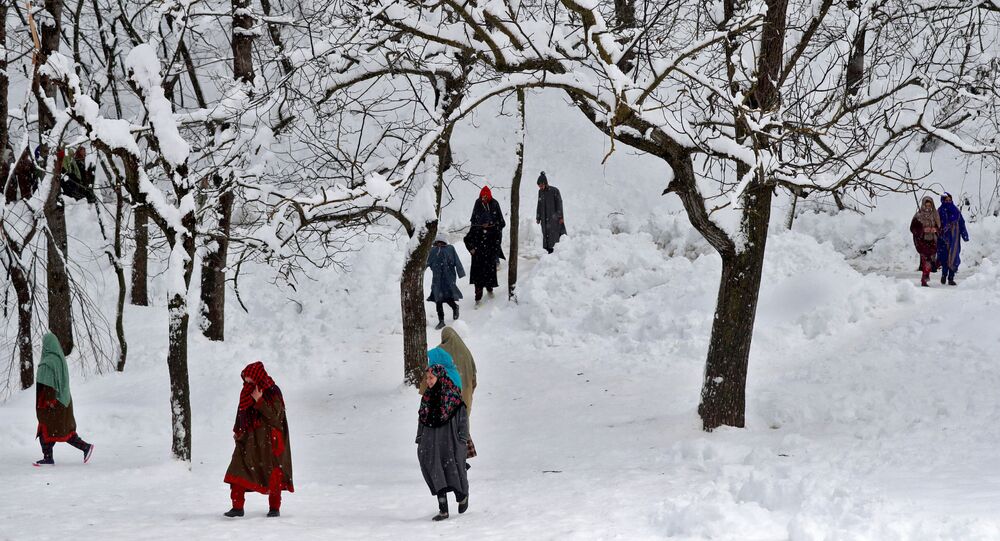 New Delhi (Sputnik): Days after Indian Prime Minister Narendra Modi took to Twitter to hail Indian Army personnel’s “valour” for carrying a pregnant woman to the hospital through heavy snowfall, a new video has surfaced on social media, showing army men risking their lives to ferry a 75-year-old to the nearest health centre.

The India Army waded through knee-deep snow to carry an elderly man named Ghulam Nabi Ghani, who was in critical condition since 14 January, in Jammu and Kashmir’s Lalpora area to the nearest health facility.

​Indian troops, generally viewed as the adversary in the restive Kashmir region, walked two kilometres carrying the man on a stretcher. The man, who was stranded, was in a critical condition due to exposure to severe cold when the Indian Army found him.

Twitteratti also showered praise on the Indian troops for showing their humane side.

Earlier this week, over 100 army personnel and 30 locals walked for four hours, wading through heavy snow, to transport a pregnant woman, Shamima, when she required emergency hospitalisation.

The videos show army troops carrying the pregnant woman on a stretcher as a few civilians tag along. The woman finally gave birth to a healthy baby after being hospitalised. The video which garnered 8.8K re-tweets was also shared by Prime Minister Modi, who lauded the humanitarian spirit and professionalism of the Indian troops.

Our Army is known for its valour and professionalism. It is also respected for its humanitarian spirit. Whenever people have needed help, our Army has risen to the occasion and done everything possible!

Proud of our Army.

I pray for the good health of Shamima and her child. https://t.co/Lvetnbe7fQ