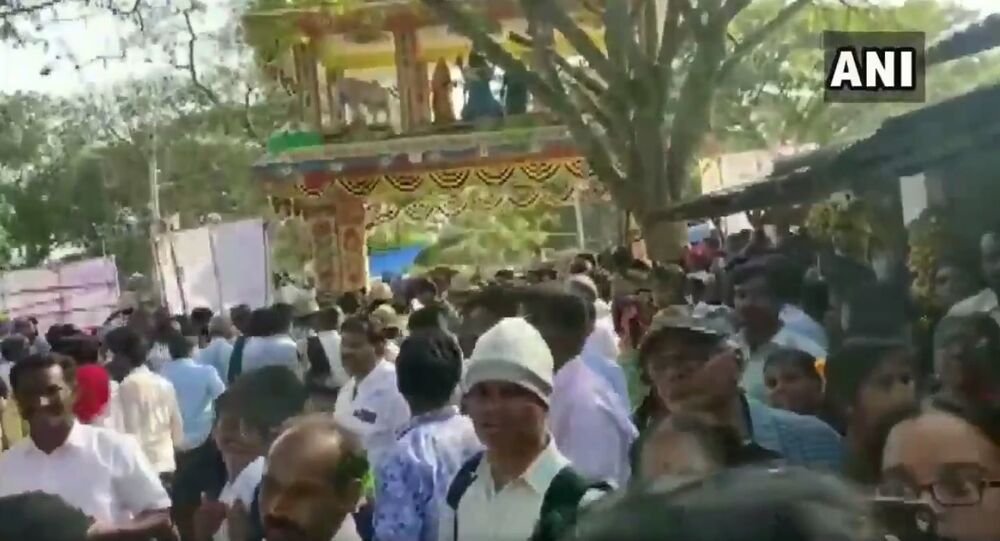 New Delhi (Sputnik): As people visited the Gavi Rangappa Temple in the Indian state of Karnataka to perform prayers during the Brahma Rathotsava festival, chaos erupted when two groups clashed over arguments about who gets to pray first.

Police had to intervene to get the situation under control at a temple in the Indian city of Bengaluru on Friday when supporters of two different political parties clashed and a fist-fight broke out between the two sides.

Another video shared by a Twitter user shows hordes of people chanting “Modi Modi” as Siddaramaiah entered the temple's premises.

The video left many netizens baffled and some critics of the Modi government’s ideology of Hindu nationalism criticised it.

How Hindu Rashtra would look.

The incident occurred as hundreds of people visited the temple to participate in the annual Brahma Rathotsava festival. It is celebrated to pay reverence to lord Bhrama and a Brahma Ratha and the chariot is pulled every year during the annual festival.

One Dead, Several Injured in Illegal Rooster Fights in India