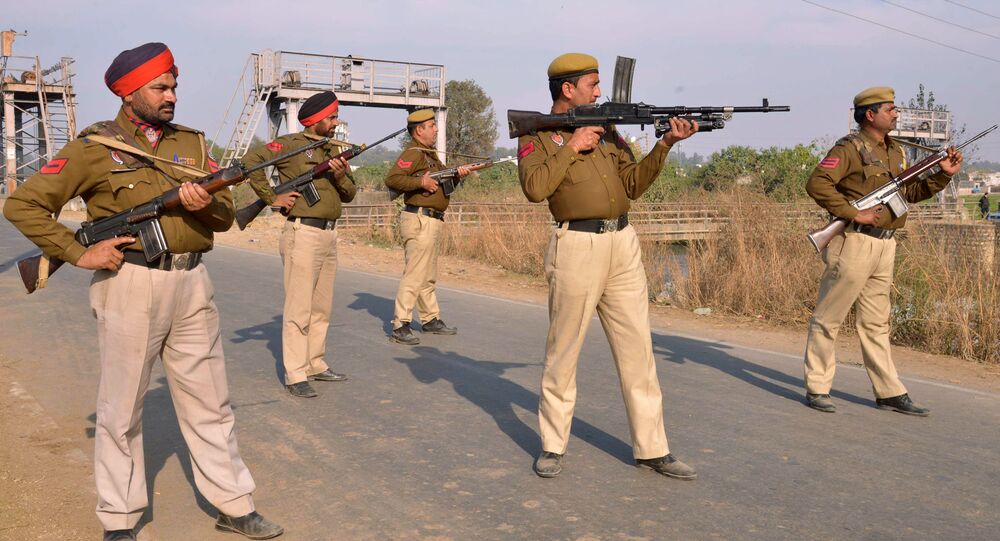 New Delhi (Sputnik): Jammu and Kashmir police had arrested two top militants and a police officer on Saturday, 11 January. Police had seized an AK-47 rifle along with a pistol and other arms and ammunition that were in their possession as they travelled out of Shopian district in Kashmir, in the police officer’s vehicle.

Federal investigative agencies have received inputs that the two Hizbul Mujahideen terrorists, who were arrested with a Jammu and Kashmir officer, had connections with pro-Khalistani movement organisations in the north Indian state of Punjab as well.

While the Khalistan movement is a Sikh secessionist movement seeking to create a separate country Khalistan in Punjab region as a homeland for Sikhs, ​Hizbul Mujahideen, founded in 1989, is a Kashmiri militant group, which seeks the independence of Kashmir from India.

After receiving the information from intelligence bureau about the connection between Hizbul terrorists and Khalistani organisations, police in Punjab's Jalandhar district arrested three suspected militants from Kashmir with an Italian pistol, two magazines, one AK-47 rifle and about 1kg RDX with them.

Arrested Jammu and Kashmir deputy superintendent of police Davinder Singh also revealed during the interrogation that he visited the Capital of Punjab state, Chandigarh, in June 2019 along with three Hizbul terrorists and stayed in the city for two days, news website India Today reported. Singh had also taken the Hizbul terrorists to Pathankot city in Punjab, a report on the news website quoted sources.

The number of drones from across the border dropping arms and ammunition in Punjab during September and October 2019 has also raised speculation about the link between Hizbul Mujahideen and Khalistani organisations.

On the night of 13 January, a drone was again spotted twice from the Pakistani side in Punjab's Firozabad district along the Indo-Pakistani border.