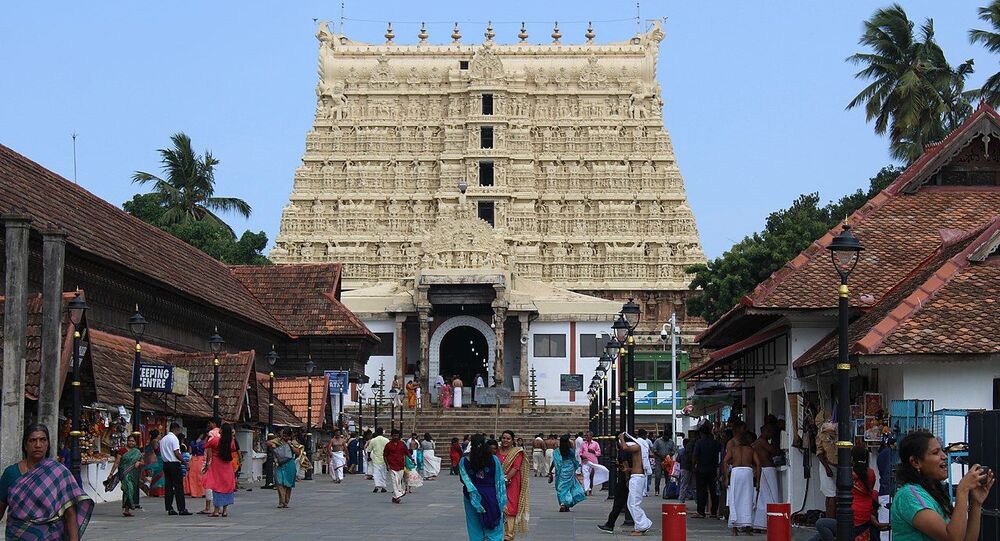 New Delhi (Sputnik): India has witnessed widespread protests in favour and against the controversial law enacted by the federal government in December to grant citizenship rights to persecuted minorities from Afghanistan, Bangladesh and Pakistan, barring Muslims.

Pinarayi Vijayan, chief of the elected government in India's state of Kerala, has reiterated that he will not allow communal forces to destroy the region by implementing the contentious Citizenship Amendment Act (CAA) or the National Register of Citizens (NRC) and maintained that the region will always be a "fortress of secularism". Addressing a public meeting in Malappuram in the state on 16 January, Vijayan defended his move to challenge the validity of the act in the Supreme Court of India.

On the contrary, Governor Arif Mohammad Khan, who represents the President of India as the constitutional head of the state, locked horns with the provincial government for not informing him about the decision to challenge the law in the top court.

"As the head of the state, the government should have informed me about approaching the Supreme Court," quipped Khan.

Retorting to the governor's statement, Vijayan reminded him that the ruling Left Democratic Front (LDF) government of the region has the vote and the majority support of the people. He told Arif Mohammad Khan that "this is a country where democracy prevails and not the yesteryear's 'resident' who reigned supreme over local kingdoms. No resident is above the Assembly," the Kerala chief said. During colonial rule, senior British officials called residents were posted in the capitals of princely states.

Several opposition parties, civil rights groups, and university students have opposed the Citizenship Amendment Act passed by the Indian Parliament on 12 December. States not governed by the ruling BJP have also announced their intentions to withhold from implementing the federal act. The southern state of Kerala has gone one step ahead and challenged the law in the apex court of the country. Kerala is the first Indian state to pass a resolution in its assembly to scrap the Citizenship Amendment Act and insist that it is unconstitutional.

The Citizenship Amendment Act, enacted in December 2019, grants citizenship to persecuted Hindus, Sikhs, Christians, Buddhists, and Parsis from Pakistan, Bangladesh, and Afghanistan. The law, however, excludes Muslims which has angered its opponents, who see the legislation as discriminatory and unconstitutional.

Prime Minister Modi, meanwhile, has maintained that the "law gives citizenship and does not snatch it from anyone".