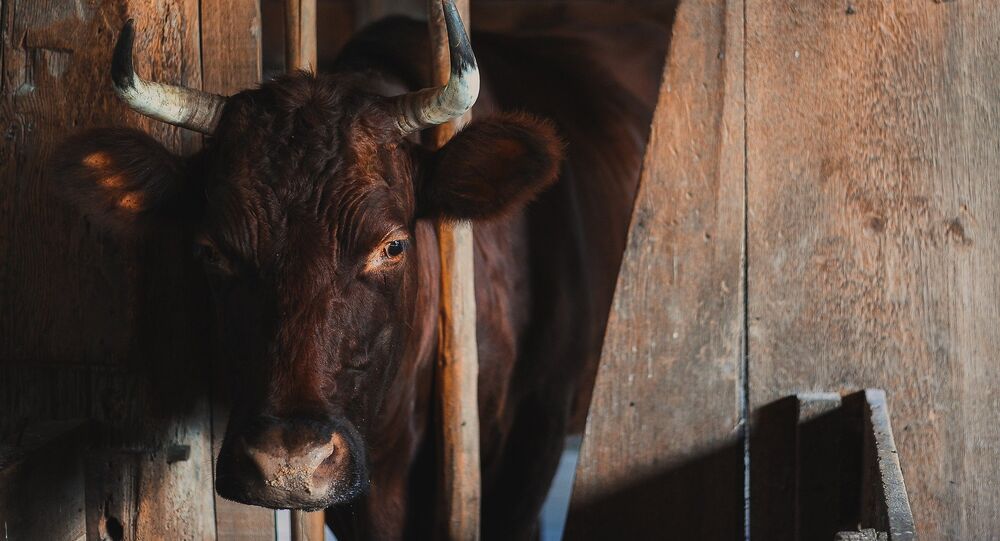 New Delhi (Sputnik): Jallikattu is a sport integral to a harvest festival in India’s southern Tamil Nadu state; not very different from the Spanish "running of the bulls" or Encierro. The yearly event is celebrated by releasing a bull into a crowd with participants attempting to stop the animals or ride them.

Around 700 bulls and 730 bull tamers are participating in a traditional sport in Tamil Nadu, during the four-day harvest festival of Pongal.

Thirty-one participants were injured in Madurai and were admitted to Rajaji Hospital for the treatment, said Madurai Assistant Director Dr Vinod.

The festival began on Wednesday after the Supreme Court of India dismissed a petition seeking a ban on the barbaric bull-taming event. The court said it wouldn't interfere and asked petitioners to approach the top court in the state.

Despite a large number of deaths and injuries to both humans and bulls, the festival is supported by its enthusiasts, who call intervention by the court an assault on Tamil pride. Several ministers of the state, celebrities and politicians extended their support for the protests held to revoke the ban imposed by the court in 2017.

On the contrary animal rights groups call it a “barbaric sport” and held massive protests against it. Animal rights group PETA had previously released videos showing bull farmers doping animals ahead of the event. They also claimed participants purposely try to disorient the bulls by forcing them to consume alcohol, biting their tails or even stabbing them with sharp objects.

The sport was banned in 2014 following a successful decade-long battle by animal welfare organisations. Massive protests were held in 2017 after the court rejected pleas seeking permission for the festival that year.

After more than a week’s protest, the Tamil Nadu state government allowed the festival by making an amendment to the central government’s Prevention of Cruelty to Animals Act 1960. The ban was overturned after the President of India approved the amendment, allowing the sport to be held without legal hurdles.