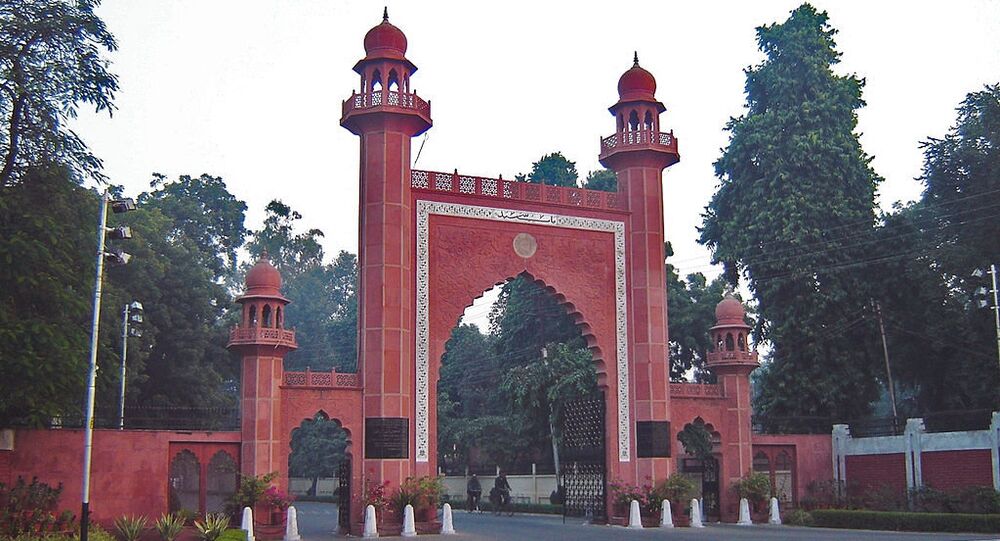 New Delhi (Sputnik): Indian historian Irfan Habib has been criticising Prime Minister Narendra Modi ever since parliament passed the contentious Citizenship Amendment Act (CAA) last month. Time and again Habib has said the legislation is discriminatory and has instilled fear and humiliation in the minds of Muslims.

A lawyer in Aligarh, India on Tuesday delivered a notice to eminent historian Irfan Habib for criticising both Prime Minister Narendra Modi and Home Minister Amit Shah during a recent speech at the Aligarh Muslim University.

Aligarh Civil Court advocate Sandeep Kumar Gupta said he felt Habib's speech was "against the unity and diversity of India, and challenges its sovereignty".

Gupta pointed out he had taken note of Habib’s “poisonous statements” on Prime Minister Modi, Home Minister Shah, early 20th century nationalist Hindu leader Veer Savarkar and the Rashtriya Swayamsevak Sangh or RSS (a national volunteer organisation widely regarded as the ideological parental body of the ruling BJP). The lawyer has sought a reply from Habib and a public apology.

The notice came a day after Professor Habib used the platform of the Aligarh Muslim University (AMU) to accuse Prime Minister Modi and Home Minister Shah of attempting to divide the nation along communal lines – Hindus and Muslims – through the implementation of the controversial Citizenship Amendment Act (CAA) which has led to nation-wide protests for more than a month.

“Whenever you listen to Modi or Amit Shah, they are criticising or attacking the Muslim community. Shah should change his name as the word Shah is Pharsi (Persian). They describe Muslims as insects. Who are they to do so? I even have a doubt about Modi’s understanding of history. He has no knowledge of history. He thinks Indian historians are fools and that they only talk about kings and dynasties,” Professor Habib said in his address.

The historian further went on to say that both Modi and Shah were aiming to take Sarvarkar’s two-nation  theory to its logical conclusion in spite of the fact that it had been legally acknowledged that the latter had had an alleged role to play in the 1948 assassination of Father of the Nation Mahatma Gandhi.

A section of netizens welcomed the notice sent to Professor Habib, saying legal action should be taken against people such as him. Some said he should be physically assaulted for his latest comments.

He should have been thrashed or put behind bar the day he tried to assault the Governer in Kerela. But the state govt had NO moral courage to act.

Good.. nip the evil in the bud.

shameless guy in the name of historian

​Another section of netizens, however, questioned the credentials of the lawyer and his right to send a notice to the historian.

The notice is served by an advocate!! And not govt.
Read before commenting!!! 🙄

The law, however, left out Muslims, which has angered several opposition parties, students and civil rights activists. Prime Minister Modi, however, asserted on 12 January that the “law gives citizenship and does not snatch it from anyone”.

There have been widespread protests against the law, in which at least 25 people have lost their lives during violent clashes in the Indian states of Uttar Pradesh, Assam, and Karnataka.