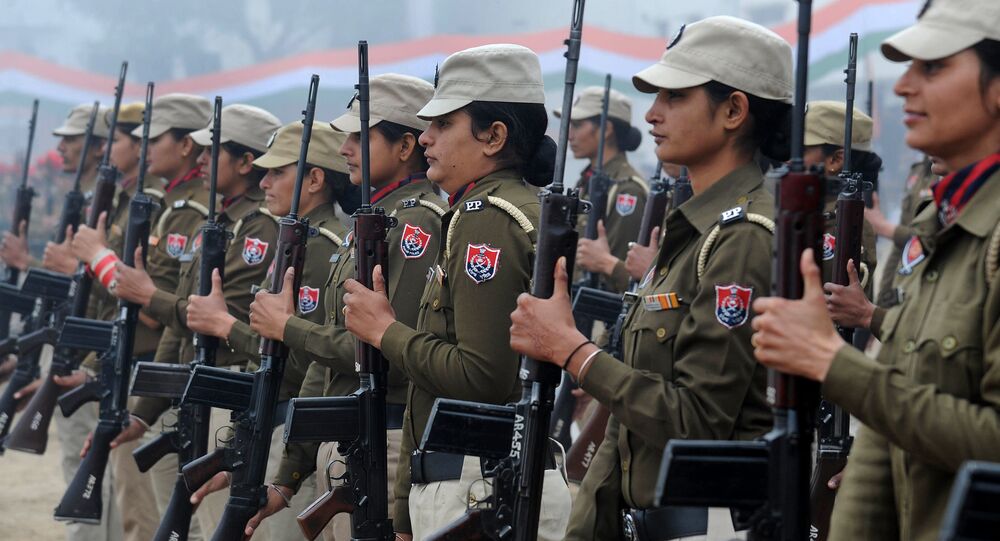 New Delhi (Sputnik): The Corps of Military Police has become the first in the Indian Army to recruit women to its rank and file. The training of the first batch of women Military Police commenced on January 6, 2020. From basic military training to advanced provost training, the training program for the women will span over 61 weeks.

Chief of India’s Army, General Manoj Mukund Naravane has revealed that the force would induct a total of 1,700 women into the military police over a period of 17 years.

“We are getting more women into the corps of the military police. A total of 1700 will be inducted into the military police corps. Training for 101 women has already started from 6 January this year,” said Naravane at fourth Armed Forces Veterans’ Day in western Jaipur on Tuesday a day ahead of Army Day on 15 January.

Tania Sher Gill will be the first woman army officer to lead men in the Army Day Parade on 15 January. Captain Tania Sher Gill from the Corp of Signals, who will be the Parade Adjutant, was commissioned in March 2017 from the Officers Training Academy in Chennai.

The Indian Army chief also said that the veterans of the 1965 and 1971 wars will be given freedom fighters' pensions.

“After retiring, veterans are still busy in nation-building through various fields. The welfare of veterans is always our priority. Last year, we helped 240 officers and 11,500 junior commissioned officers get jobs after retirement,” he said.

The Armed Forces celebrate Veterans Day on 14 January, the day on which the first Field Marshall General KM Cariappa retired from service, to honour the veterans in the Army, Navy and Air Force.

Women began joining the Indian Army through the Indian Military Nursing Service, formed during the British Rule in 1888. Women were first taken into the army in non-medical roles in 1992. Women are joining the army as soldiers for the first time via the Corps of the Military Police.