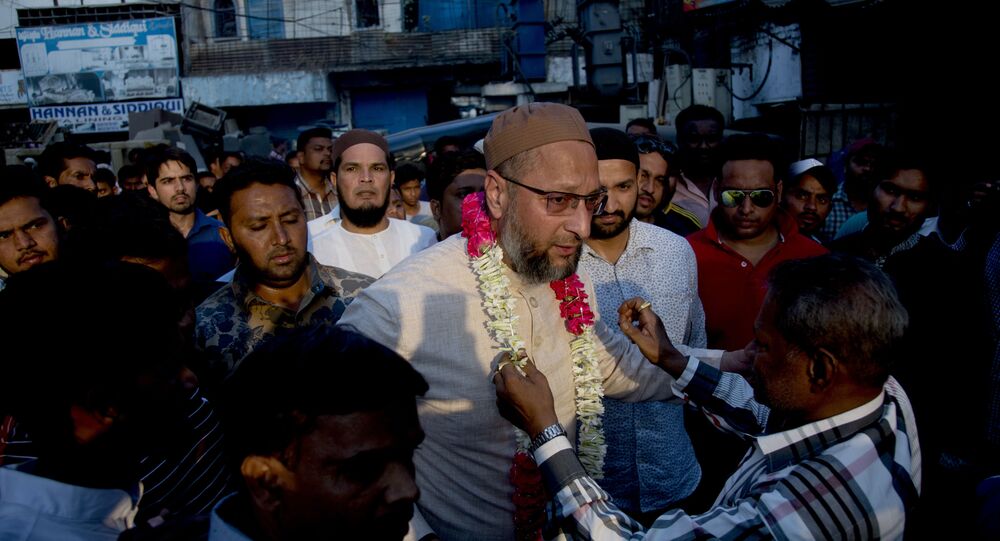 Asaduddin Owaisi, President of All India Majlis-e-Ittehadul Muslimeen (AIMIM), accused the opposition Congress Party of "buying voters", and asked people to take money from other political parties, but vote for him during elections, as he was speaking at an election campaign for local administrative polls in the Medak district of southern Telangana state on 13 January.

“People in Congress (Indian National Congress) have a lot of money, take it from them. You'll be getting it due to me. Just vote for me. If they are giving you (money) then take it. I say to Congress to raise the rate, my price is not Rs 2,000 only. I am worth more than that,” Owaisi said.

In a separate scathing attack on the governing BJP for enacting the citizenship law, which has triggered nationwide protests, Owaisi claimed it would affect Muslims and disadvantaged classes the most.

“When the Citizenship Amendment Bill was introduced in the Parliament, I was the one who had considered it as black law and torn a copy of the bill in the House. This law will grant citizenship based on the religion of an individual. We cannot accept it,” he said.

The law doesn't extend to Muslims, which has led to widespread protests, with many claiming that it is a breach of the Indian constitution. The country's Prime Minister Modi, however, once again reiterated on Sunday that the law was not discriminating against any group and that it "gives citizenship and [does] not snatch it from anyone”.

The member of Parliament from Hyderabad Asaduddin Owaisi is known for his statements and sharp speeches. The special thing about Owaisi is that he is not limited to focusing only on Muslims, he has also focused on Muslim-Dalit alliances to increase his party's influence. He often opposes Prime Minister Narendra Modi and his government for allegedly rendering the minorities vulnerable in the country, amid rising incidents of perceived religious violence and discrimination.

Owaisi's father Sultan Salahuddin was elected to the Indian Parliament from the Hyderabad constituency for the first time in 1984 and continued winning elections until 2004 when he stepped down due to illness and allowed Asaduddin take over.