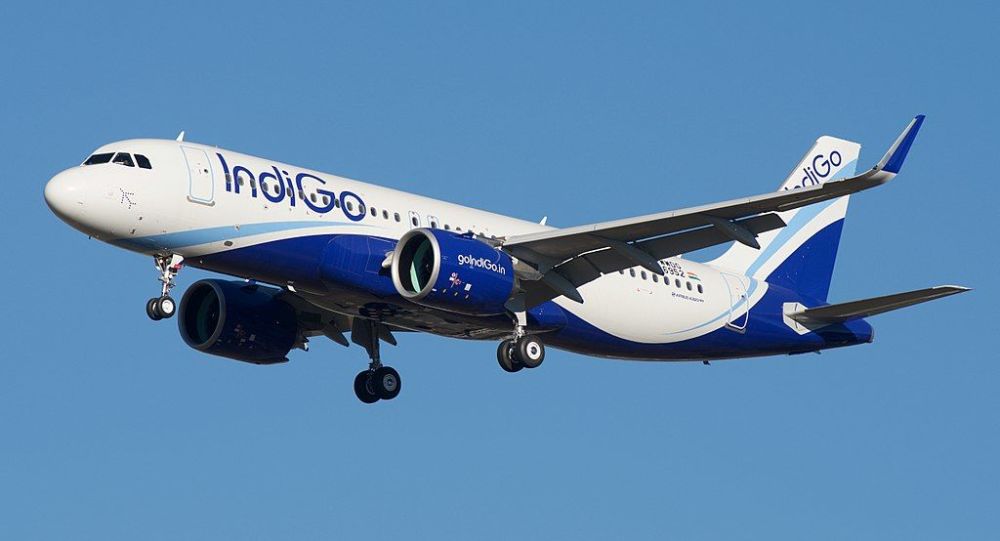 New Delhi (Sputnik): IndiGo, India’s largest private airline in terms of market share, has been under scrutiny after its A320 Neo aircraft, developed by Airbus, have reported a series of technical snags over the past few months.

India's Ministry for Civil Aviation on Monday extended IndiGo's deadline to replace all unmodified Pratt and Whitney (PW) engines from 31 January to 31 May because several technical glitches have been reported.

Saying the "un-modified" engines powering the Indigo were the reason behind the snags, the DGCA regulator had ordered the budget carrier to replace the engines of its entire A320Neo fleet.

In a statement, the Director-General of the DGCA Civil Aviation regulator in India, said: "the DGCA feels that it (deadline) can be compressed further and should be achievable by May 2020. And therefore, the revised timeline for the complete removal of unmodified engines from the fleet is 31 May 2020."

The regulator further added that no IndigGo aircraft with an un-modified PW engine would be allowed to fly after that.

A slew of incidents had set off alarm bells for the flight operator and India's civil aviation regulator.

In December last year, an IndiGo aircraft scheduled to fly from India's city of Udaipur in the west, to the southern city of Bengaluru was grounded after an air traffic controller (ATC) noticed smoke emerging from the backside of the plane.

Similarly in October, Indigo's A320Neo aircraft flying from Pune to Kolkata developed a technical snag minutes after take-off and had to return to Pune airport.

In November, the DGCA had warned the private airline to replace the engines of its entire A320Neo fleet of 97 aircraft by 31 January "at all costs" or "face grounding".

Meanwhile, as per the earlier orders of the aviation regulator, IndiGo has completed the process of replacing at least one of the un-modified PW engines on their A320Neo aircraft with modified versions.

A320Neo aircraft are made by airline manufacturer Airbus, and India's IndiGo was its first customer.