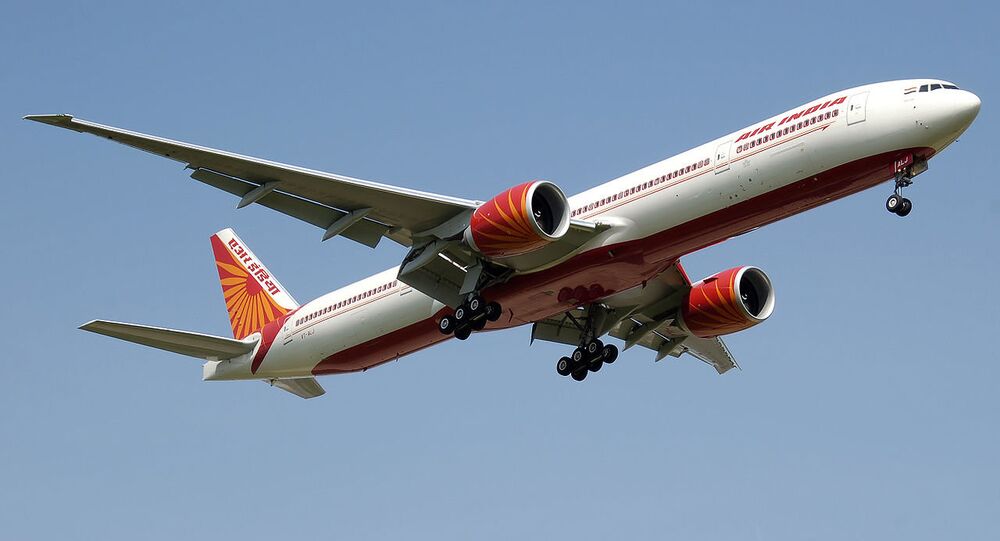 New Delhi (Sputnik): India’s federal government has put the debt-ridden national air carrier, Air India, under the hammer. As the government has yet to receive an expression of interest from any buyers, it had offered to take on some part of the debt to make the sale offer more attractive.

To add to the troubles of Air India, a number of employees have called for a nation-wide strike, demanding a pay hike and that other issues be addressed. The Aircraft Maintenance Technicians of Air India have demanded a salary hike, the payment of overdue wages and that other issues be addressed. Wearing black bands, they however, worked to run flight operations smoothly.

Aircraft Maintenance Engineering staff from Mumbai, Nagpur, Delhi...Air India base on strike for their due salary and other issues.
These are the people who is responsible for safety of your aircraft.
We work that's why you fly safe!@narendramodi@AmitShah #AirIndiaAMTStrike pic.twitter.com/HXvCgWh477

In a letter to the management, the employees listed their demands along with their grievances. The letter said, there has been no revision to their salaries since 2017 while its subsidiary pays higher salaries to employees, with the same qualifications and level of experience.

The employees have also demanded that they should be released from their employment contracts, which bind them to working for a minimum agreed-upon period of time after being hired, so that they may opt for avenues outside Air India.

The employees also raised concerns over the delay in salaries and absence of allowance such as housing, medical, passage, etc.

A ministerial panel on Friday (10 January) had approved a plan to disinvest a 100 percent stakes of Air India, which has a cumulative debt of $8.45 billion. The plan also includes the government paying off almost a third of the total outstanding payments to airports and other vendors, and also waives costs associated with a the working capital loan, to make the offer attractive to prospective buyers.