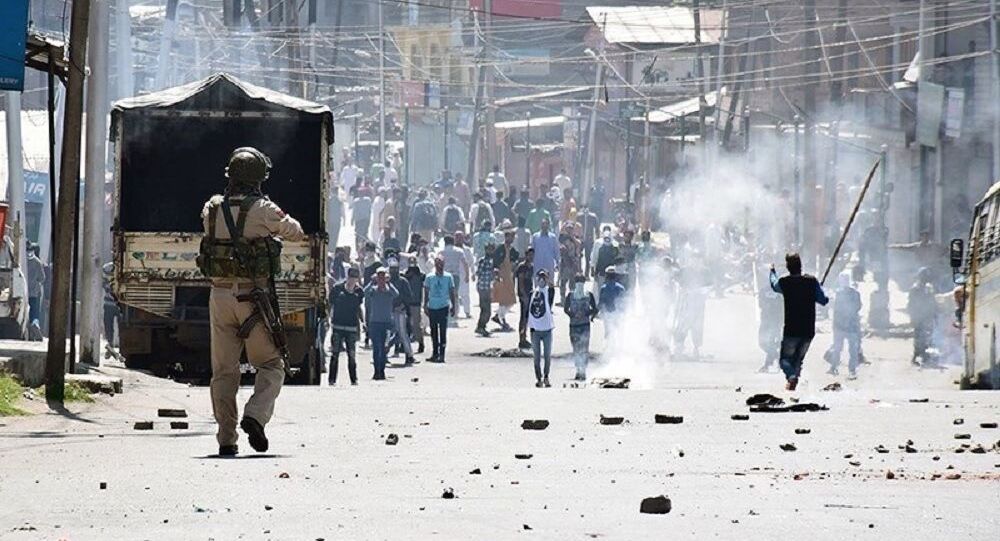 New Delhi (Sputnik): Thousands were detained under India's Public Safety Act, a law that allows authorities to imprison someone for up to two years without charge or trial, in Jammu and Kashmir before the Narendra Modi-led government revoked Articles 370 of the Constitution, stripping the state of its special status on 5 August.

The detained people, who are being released after five months of imprisonment, have to sign a bond where they say they will not make any comment or statement on the “recent events” in Jammu and Kashmir.

The bond, signed under Section 117 of the Code of Criminal Procedure (CrPC), includes Section 107, which states that the executive magistrate has the power to apprehend any individual for not more than a year on information that a person is likely to disturb peace and public tranquillity.

“I undertake that in case of release from the detention, I will not make any comment(s) or statement(s) or make public speech(s), (or) hold or participate in public assembly(s) related to the recent events in the State of Jammu and Kashmir, at the present time, since it has the potential of endangering the peace and tranquillity and law and order in the State or any part thereof for a period of one year,” section two of the bond reads.

Nearly 4,000 people were arrested and some political leaders were detained after the revocation of Article 370, over fears of outbreaks of unrest and “most of them were flown out of Kashmir because prisons here have run out of capacity”, news agency AFP had quoted an official as saying.

The government bifurcated the state into two federally-administered territories – Jammu and Kashmir and Ladakh. The union territory then imposed a communications clampdown as new charges for mobile phone services were imposed. Postpaid mobile calling and messaging services along with broadband internet have been resumed, but internet services remain suspended. India’s apex court has termed the restrictions unconstitutional.